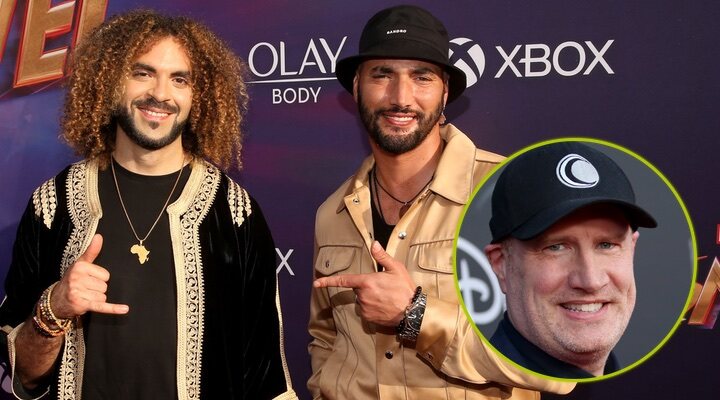 These are not easy days for the ‘Batgirl’ team, the DC movie that Warner Bros. Discovery has decided to cancel (despite having a good part of the tape ready) with the intention of recovering part of the money invested. Adil El Arbi, director of the film together with Bilall Fallah, found out about the decision while celebrating his wedding in Morocco, something absolutely terrible. Both the filmmakers and the leading lady, Leslie Grace, released statements showing their sadness at the decision.

The three have not stopped receiving support in recent hours, some from very influential people within the industry. Kevin Feige, president of Marvel Studios, wrote an email to Fallah and El Arbi to send them strength and remind them that he is very proud of the work they did on ‘Ms. Marvel’: “My friends, I just had to write to tell you what we are all thinking of you. Because of the wonderful wedding news (congrats!) and the disappointing ‘Batgirl’ news. I am so proud of you and the wonderful work you do, particularly ‘Ms. Marvel’ of course. I can’t wait to see what you guys do next. I hope to see you soon” says the terse email. 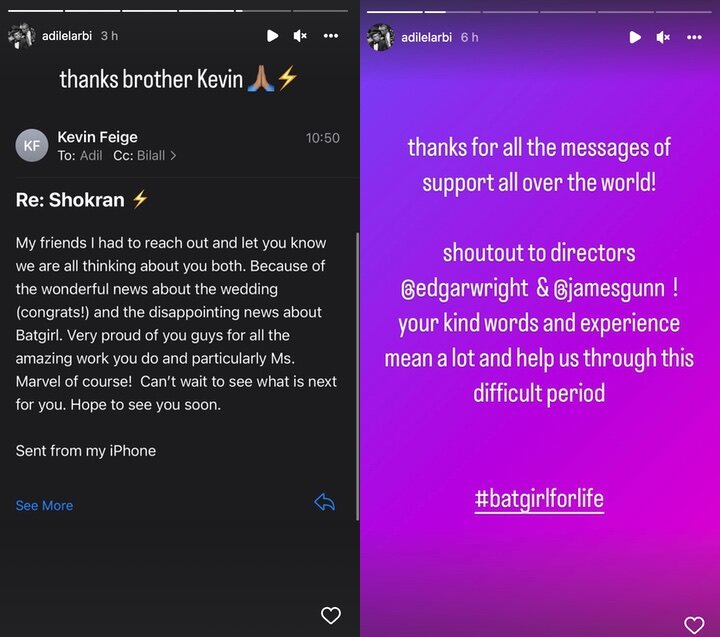 The directors have thanked all the signs of affection on Instagram, and wanted to highlight two other filmmakers who have contacted them: Edgar Wright and James Gunn. They both have experience with losing to the Hollywood machine.. Wright was going to be the director of the first ‘Ant-Man’ film and ended up leaving due to creative differences despite having fought for a long time with the House of Ideas so that his vision prevailed. James Gunn was fired for some old tweets with racist and macabre jokes, although some time after apologizing he got his job back and has returned to Marvel with ‘Guardians of the Galaxy Vol. 3’ and a Christmas special with Star-Lord and company. The directors of ‘Batgirl’ have not explained what they were told, but have merely commented: “Your words of kindness and experience mean a lot and help us get through this difficult time”.

And although the support has been practically unanimous, and Warner’s decision has raised blisters in Hollywood, Simu Liu has recently gone viral for a joke in which he jokes about the cancellation of the film, something that many have pointed out as quite bad taste and “who gave him a candle at this funeral”. The Tweet He says: “I’m sorry to inform you that Disney has decided to cancel the Shang-Chi Christmas special due to quality control issues. They had already shot it in its entirety. They had even designed a Ta Lo made entirely out of ginger. RIP Shang-Chi and the legend of the dieeez gold rings”.