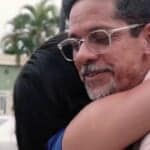 Lester Holt’s Dateline Special, which airs Friday, Aug. 5, tells the story of Anton Black, a Black young man who died at the hands of police in 2018, and whose death has disturbing connections to George Floyd’s case.

The one-hour special, titled “What Happened to Anton Black?,” explores the warning signs the small town of Greensboro, MD received about new police officer Thomas Webster, who responded to a 911 call about Black dragging a younger boy in the street . Webster escalated the situation in a chase, unaware that the boys had been neighbors and friends for years, and restrained Black alongside two other officers and a bystander on Black’s front porch.

While death of Black and Floyd are undeniably tied to the legacy of police brutality against people of color in the US, the special also investigates a key figure in both trials: Dr. David Fowler, the Chief Medical Examiner who signed off on Black’s death as accidental and who also served as an expert witness in Derek Chauvin’s trial.

The special begins at the first critical moment of the day of Black’s death: the 911 call from concerned resident Denise who saw a 19-year-old Black dragging a 12-year-old boy in the street. “This definitely was not horseplay,” she said in an interview with Holt, not knowing that Black and the younger boy, named Xavier, were neighbors who had known each other for years. The resident noted that when Webster arrived on the scene, the police officer acted professionally.

“But then something went wrong,” Holt interjects, explaining that the proceeding foot chase and struggle left emergency workers trying to resuscitate Black on his front porch as his mother, Jennell, looked on.

See also  Under new law, they condemn a Mexican in the US for trafficking at least 231 weapons

“He was a star, wide receiver on the football and mid-Atlantic champion in the 100, 200 and the high jump,” Black’s father Antone told Holt in an interview, “I used to love to see him run and jump.”

While Black initially enrolled in college, he had dreams of becoming a model. However, in the summer of 2018, Black’s behavior changed and he was soon diagnosed with bipolar disorder, prompting him to stay in the hospital for a week. Just 10 days after being discharged from the hospital, Black was dead.

“I never thought this would ever happen,” Jennell told Holt, as Antone added that Anton didn’t attack anybody, rob a bank or kill anybody. 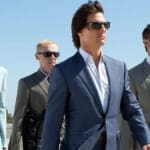 The next section of the special dives deep into the warnings the town had received about Webster, and explains how Webster’s hiring disrupted the community’s method of policing.

Prior to Webster joining the force, Greensboro followed a method of community policing through its small nature; its force of four officers created an environment where Christina Robinson, the mother of Black’s best friend, felt safe raising Black son.

“They took the time to know the people in the community” Robinson told Holt, “we had the dream.”

However, this “dream” was interrupted when resident Joe Noon was elected mayor in 2011 and pushed for a tougher police force and eventually fired Police Chief Jeff Jackson. Noon’s desire to make people “scared to drive through Greensboro” didn’t sit well with Jackson, who said that this ideology is not “how you police small town America.”

“Who are you being tougher on?” Robinson asked, answering, “Unfortunately a lot of times they tend to be the Black and Brown kids.”

Robinson was proved right when a video of new hire Webster from his time on the police force in Dover, DE circulated around the town. From the video, viewers can see Webster ordering a Black man to the ground and when the man began complying, Webster kicked him in the face, knocking him unconscious and breaking his jaw. The video was made public two years after the incident, when Jackson was charged with a 2nd degree assault and forced to resign from the department.

After being acquitted, Noon gave Webster a second change by bringing him onto the Greensboro force and six months later Webster responded to the 911 call concerning Black.

Former Police Chief Jackson criticized Webster’s handling of the call from the beginning, noting that Jackson would have tried to slow down the situation, especially since Webster was informed that Black was dealing with mental health issues, instead of escalating it further. When Black fled from the scene, Jackson says Webster should’ve let him go and ensured Xavier was fine, in part because Jackson knew Black and was familiar with his family from him. 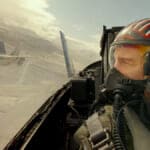 After months of protests from Black’s family and the rest of the Greensboro community, the town council met to discuss Webster’s fate. Four months after Black’s death, Webster was put on administrative leave with pay.

Around the same time, Black’s autopsy report came out, citing his death as an accident and the county announced that no charge would be filed against Webster. The autopsy was cosigned by Maryland Chief Medical Examiner, Dr. David Fowler, who served as an expert witness when Derek Chauvin went on trial for George Floyd’s death. In trial Fowler insisted that Floyd’s cause of death was undetermined despite Chauvin’s knee on Floyd’s neck.

See also  Kimmel Is Certain Trump's Jan. 6 Testimony Will Be a Lie: 'When Donald Trump Takes an Oath, It Ends in Divorce' (Video)

Since then, Maryland’s attorney general has launched a review of all in-custody death cases during Fowler’s 17 years as chief medical examiner.

As for Webster’s history, “Dateline” obtained his internal affairs file from Dover that lists 32 incidents in which Webster used force, including 26 incidents with Black people. 11 months after Black’s death, Webster was decertified as a police officer and fired.

Amidst the tragedy, Black’s family has not stopped fighting, lobbying for “Anton’s Law,” which would make police records public in Maryland, and filing a civil lawsuit against Webster, Fowler and one other.