Review of ‘A Samurai Hero: The Legend of Hank’ 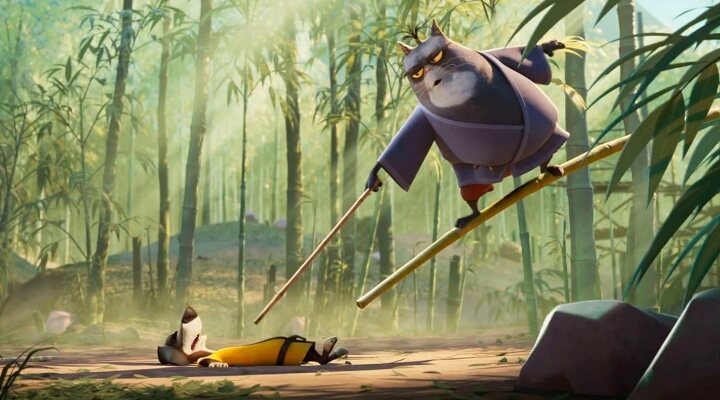 Although, currently, being part of a consolidated saga gives some security in terms of betting on a movie in theaters; Once in a while, original proposals arrive that offer different stories that pleasantly surprise, precisely for daring to risk. In that line, ‘A Samurai Hero: The Legend of Hank’ premieresdirected by three hands by Rob Minkoff, Mark Koetsier and Chris Bailey and was inspired by ‘Hot Saddles’, the western comedy by Mel Brooks, who participates in the original dubbing of the film.

‘Hot Saddles’ narrated how in a town in the Far West, a greedy governor wanted the inhabitants of the Rock Ridge town to leave the village to sell the land to a railroad company. For it, the individual appointed a black man who was condemned to hang as sheriff, knowing that the town will reject him because of the color of his skin. 1974 comedy that broke taboos for the time, daring to take the family audience that kind of premise seemed like an almost impossible task, especially for viewers of 2022.

Now, the script by Nate Hopper and Ed Stone, which adapts the original signed by Mel Brooks, Norman Steinberg, Andrew Bergman, Richard Pryor and Alan Uger (who are also credited as screenwriters on the animated film), converts satire into a fable that does not lose that touch of hooligan humor. The film changes the Wild West for feudal Japan and the protagonists become animals instead of people, in a country populated by cats, where dogs are not welcome. These modifications allow us to see the proposal in a more current way, also allowing the writers to break certain limits of humor that would not have been possible if they had had humans as main characters. 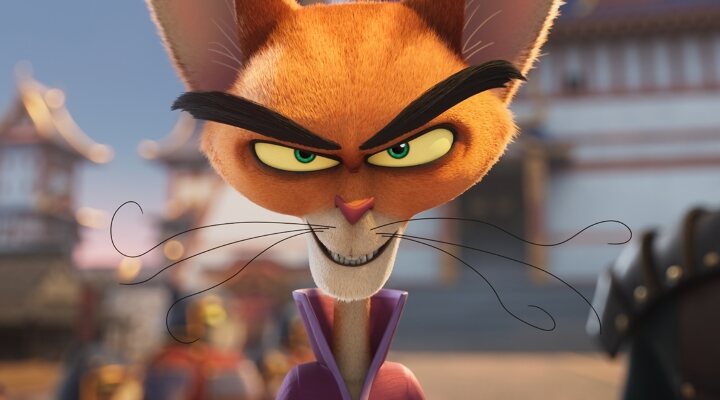 Fun proposal for the whole family

And it is thanks to this that ‘A Samurai Hero’ has the elements that make it both a comedy with a rogue touch, with an epic story that is very typical of samurai cinema, as well as a proposal for political intrigue. A very mixed combination with a remarkable animation style, with several sequences with a very different style (the flashbacks are delightful and evoke the aesthetics of films like ‘The Mitchells vs. the Machines’ or ‘The Bad Guys’) that return to to remember the importance of innovating with a style that brings certain elements of the cartoon style but brought to CGI animation technologyleaving a powerful and welcome mix, being far from the prevailing hyper-realistic style that had been imposing in recent years, Pixar’s ‘Lightyear’ is the most recent example. 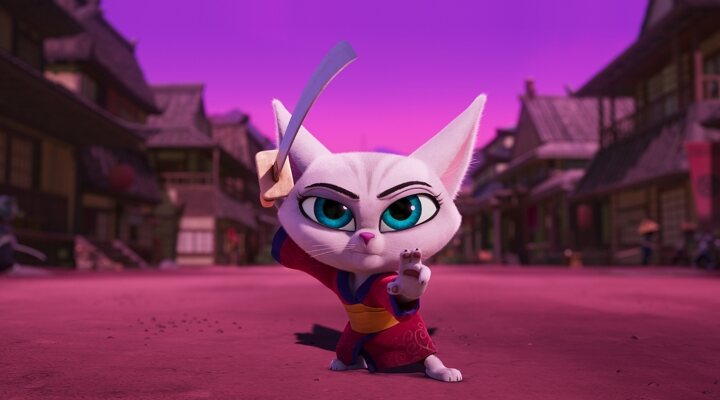 Just like ‘Hot Saddles’, ‘A samurai hero’ has that message in favor of tolerance, although it is buried under the fable of the eternal fight of cats and dogs. Added to this is the charisma of its main characters. Hank turns out to be a tremendously imperfect hero, which allows him to connect more with a protagonist who ends up learning his own lessons., something that would not have been possible without some up-to-the-minute sidekicks, like Jimbo, Hank’s mentor, or Emiko, the adorable white Persian cat who dreams of being a samurai when she grows up. That without forgetting to the lousy villain of the story, Ika Chu, who has that touch of charismatic and extravagant villain that works very well in this type of proposal.

‘A Samurai Hero: The Legend of Hank’ is a fun adventure story, with a touch of dark humor, innovative animation and characters that are crying out for a sequel. A proposal that brings a certain spirit of the animated film of the early 2000s, with moments typical of ‘Shrek’ but with other epic sequences worthy of the recent ‘Raya and the Last Dragon’. An ideal proposal to beat the heat as a family on the big screen.

The best: Its animation style, its protagonists and the combination of humor and epic deed.

Worst: Some gags suffer from being too scatological or childish, which somewhat tarnishes their comic side.