Snickers maker apologizes for ad suggesting Taiwan is a country 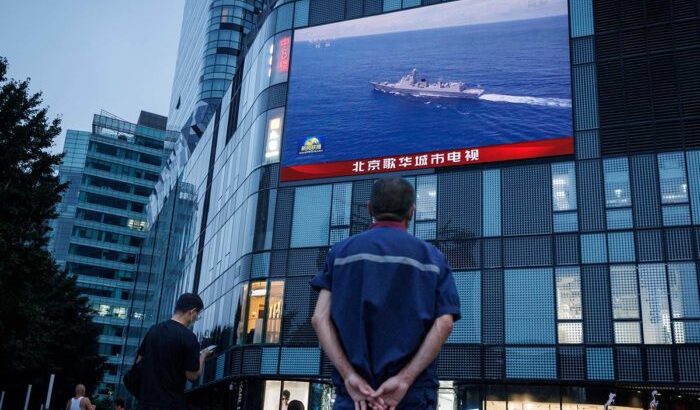 Mars Wrigley, candy bar maker snickers, He apologized this Friday for the launch of a Snickers product that, according to users of Chinese social networks, it suggested that Taiwan was a country.

Videos and images showing a Snickers web page promoting a limited edition Snickers bar and saying that the product only was available in the “countries” of South Korea, Malaysia, and Taiwan sparked a controversy on the Chinese microblogging platform Weibo on Friday, Reuters reported.

Mars Wrigley later posted an apology on his Snickers China Weibo account, saying the corresponding content had been changed.

However, the reactions on social networks did not subside, as many users were furious that the statement from the American company it did not say that Taiwan was part of Chinaa cornerstone of Chinese foreign policy, detailed the news agency.

Beijing considers Taiwan to be part of its territory. and he has never given up using force to bring the island under his control. Taiwan rejects China’s sovereignty claims and says it only his people can decide the future of the island.

Snickers joins a long list of foreign brands that have been forced to apologize after being singled out by Chinese social media users for not using Beijing’s preferred nomenclature for the island: Taiwan Province or Taiwan (China).

Pelosi landed Tuesday in Taipei, Taiwan, as part of her tour of the Indo-Pacific region, which includes stops in Singapore, Malaysia, South Korea and Japan.

During it, he visited President Tsai Ing-weny, assuring that the trip to the island “honors the unwavering commitment of the United States to support Taiwan’s vibrant democracy.”

Given this, China accused the United States of having violated international agreements and meddling in an “internal matter” and maintained that it would take countermeasures.

Also, carried out military exercisesas the one sent from fighter planes to the air defense zone of the island, the firing of missiles and the import ban of Taiwanese products, as it claims the latter’s territory as its own amid a dispute over its autonomy.

China views visits by US representatives to Taiwan, a self-governing island claimed by Beijing, as sending a encouraging sign to the pro-independence camp on the island.

On China’s highly censored social media platforms, calls have been widespread for Beijing to launch a military strike against Taiwan in response to Pelosi’s visit.