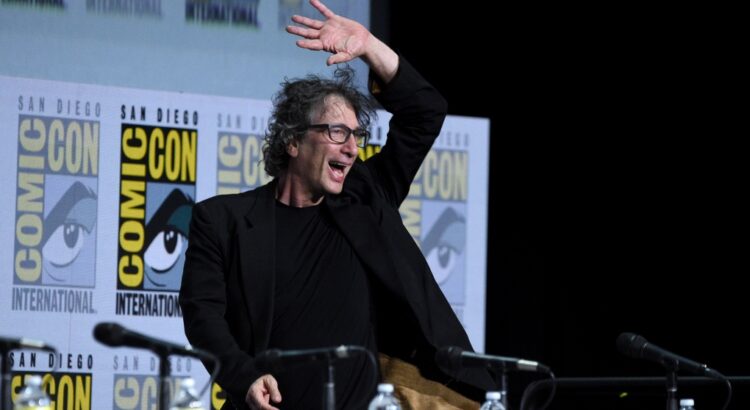 After years of failed attempts to bring Neil Gaiman’s acclaimed and surreal comic to the screen, Netflix finally creates a home for “The Sandman,” armed with enough top-notch British guest stars to populate a Harry Potter movie. The resulting series is visually striking but dramatically listless, made for those — and maybe only those — who already possess degrees in Sandman 101.

Gaiman joined in the adaptation process with Allan Heinberg (“Wonder Woman”) and veteran comic-book-to-film writer David S. Goyer, who between this and Apple TV+’s confounding “Foundation” has carved out a niche shepherding projects deemed unadaptable to fruition in series form.

In this case, the much-anticipated series follows a proposed movie that was to have starred Joseph Gordon-Levitt and an Audible podcast version introduced in 2020, so kudos, in a way, just for getting this far.

Still, the dense fantasy elements and lyrical storytelling don’t easily translate from page to screen, and the meticulous detail in replicating the look and tone doesn’t create much emotional investment. That might satiate fans who can putty in the gaps, but in the context of a 10-episode series it could leave the uninitiated drifting off to dreamland themselves.

Faithfully following the comic, the opening episode features Morpheus (Tom Sturridge), aka the King of Dreams, being trapped by a bizarre spell, rendering him the prisoner of a wealthy Englishman (“Game of Thrones'” Charles Dance) seeking the secret to cheating death.

Decades pass before Morpheus escapes, discovering that chaos has ensued during his long (by human standards, anyway) absence, forcing him to recover lost items in order to restore his power and control.

That slow-rolling quest unfolds in parallel fashion with the actions of a shadowy, malevolent figure known as The Corinthian (Boyd Holbrook), who seeks to capitalize on Morpheus’ weakness, as the story oscillates between various fantasy realms and “the waking world” where mere mortals reside.

Morpheus’ travels take him on a variety of detours (several chapters are essentially episodic, at best peripherally advancing the larger plot), leading to encounters with other ageless supernatural beings, including Lucifer (Gwendoline Christie) and Dream’s siblings known as the Endless, such as Death (Kirby Howell-Baptiste).

As for others in the stellar cast — many of whom appear for only one episode or two — they include David Thewlis, Stephen Fry, Joely Richardson, and the voices of Mark Hamill and Patton Oswalt, the latter as a wisecracking raven.

The performances, however, feel blunted by the narrative structure and dream-like storytelling, beginning with Sturridge’s title role. In that sense, “The Sandman” is less accessible than something like Gaiman’s “Good Omens,” where Michael Sheen and David Tennant’s playful sparring helps anchor its mythic qualities.

Netflix is ​​no stranger to taking ambitious leaps with high-profile fantasy and sci-fi properties, experiencing the thrill of victory and the agony of defeat, including high-profile entries like “Cowboy Bebop” and “Jupiter’s Legacy,” neither of which earned a second season. “The Sandman” kicks off a stretch of big-bet adaptations across streaming, adding extra corporate zest to its fate.

On paper the series certainly has the ingredients to engineer a longer run, but this first season — often visually dazzling, while dragging in the later episodes — speaks more to the concept’s promise than fully executing upon it.

See also  This is us: an unwanted guest has Beth on edge

For those who have eagerly waited for “The Sandman” to invade this realm — and no doubt harbor long-nurtured notions about how it should do so — that thrill might be enough. But perhaps inevitably given the hypnotic nature of Gaiman’s mythology, a series devoted to dreams doesn’t quite turn out to be the stuff that dreams are made of.

“The Sandman” premieres Aug. 5 on Netflix.