What do the critics say about ‘The Sandman’, the Netflix series? 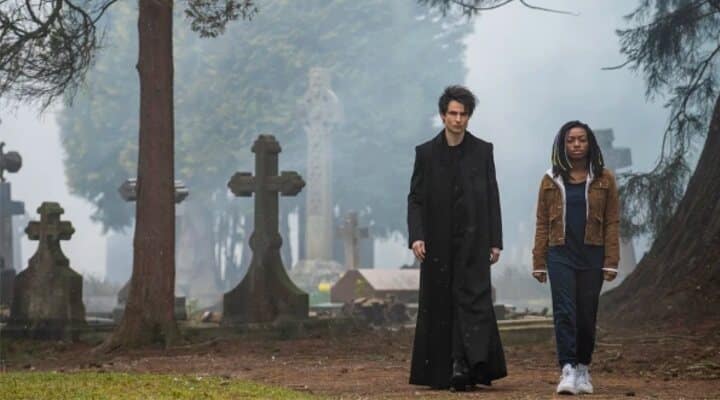 Neil Gaiman has spent 30 years closing doors to any attempt to adapt ‘The Sandman’, his cult comic series starring Morpheus, the cosmic entity in charge of dreams. He finally ended up trusting Netflix and Allan Heinberg (showrunner) and David S. Goyer (screenwriter) to turn his work into a series led by Tom Sturridge as Sueño. Gaiman not only gave his approval but has been involved in the creation process, and he has been very enthusiastic on the press tour. But Netflix has also been making a name for itself as far as adaptations are concerned, tell that to the fans of ‘Death Note’. Would they be able to do justice to a saga of graphic novels that was once considered impossible to adapt?

With the ten chapters already available on the platform, the first professional reviews have begun to emerge, and we are happy to say that, if we listen to them, we are facing a miracle. DigitalSpy goes so far as to say that ‘The Sandman’ series is “much, much better than it has any right to be”. They emphasize that the comics have been faithfully adapted, they say that Neil Gaiman’s imprint is noticeable, but taking advantage of the change of format to expand, and that those additions or changes “they feel like they should have always been there”. They add that only ‘Stranger Things’ could overshadow the scale of ‘The Sandman’ and the budget they seem to have spent on special effects. They assure that the cast “gives it all”, starting with a Tom Sturridge who “exceeds all expectations”. As a somewhat negative point, they highlight that the last episodes are weaker than the first six, which seem like a complete story arc. But conclude that ‘The Sandman’ “has achieved the impossible by creating something that fans have been waiting for a long time, but never dared to dream of”.

Comic Book Movie describes the series as “a beautifully wrought fantasy drama that is as faithful to Gaiman’s work as it gets”, although that fidelity sometimes works against the series. They also agree that the latest episodes are not up to the first and that the season finale is somewhat anticlimactic. Variety ensures that “the series manages to find a way to introduce new fans to a very complex mythology without completely confusing them”. About the visual section, they regret to say that “the Netflix version rarely captures the same visual spirit” from the comics, and say that the CGI of the settings is hard to ignore. They compare the visual quality with other series on the platform such as ‘Locke & Key’ or ‘Shadow and bone’. But they assure that the first season “justifies its existence, and the potential for much more story to come, over and over again”. At the time of this writing, the first season of ‘The Sandman’ has a 100% positive review on Rotten Tomatoes.although it only has six reviews, with an average of 8.4 out of 10.

There is no entrance exam

As we have already mentioned, the first season of ‘The Sandman’ is now available on Netflix. Hours before its premiere, Neil Gaiman assured on Twitter that they have made a totally enjoyable series even if we have not read the comics. “We have made it both for you and for those who have read ‘Sandman'” promise. And as he imagines the reaction of comic book purists, reply cutting: “No one is going to appropriate the Sandman. Neither as a comic, nor as an audio adaptation, nor of course on television. There is no entrance exam, nor should there be. Everyone is welcome“.

The doors of the world of dreams have already opened on Netflix. Have you already started ‘The Sandman’? What do you think?