Why Do Some Films Never Get Released? 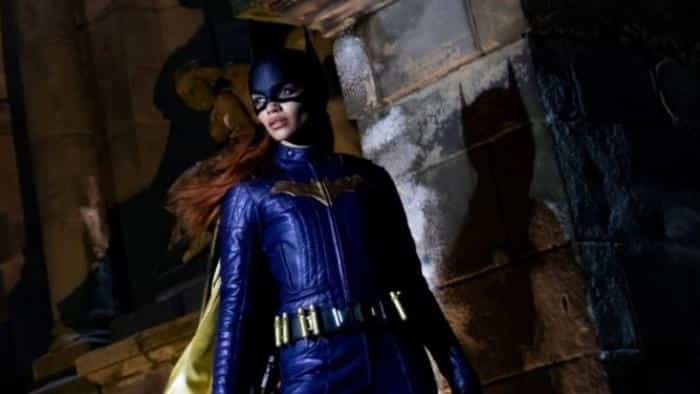 This week, it was reported that Warner Bros. had decided to entirely shelf the release of batgirl, an adaptation of the DC Comics character. The film was greenlit initially to be an exclusive HBO Max release, but now it seems that the new corporate regime at Warner Media have decided it won’t receive distribution of any kind. Rumors swirled that test screenings were terrible, although insiders told Variety that the movie’s quality had nothing to do with the decision to can it. Rather, it came from ‘the desire for the studio’s slate of DC features to be at a blockbuster scale.’ This seems sketchy at best, given that batgirl was still budgeted at around $90 million and had finished shooting. It’s not unheard of for films to get shunted by their own studios in this way but it is extremely rare, especially since this is a big franchise with a familiar character and big stars in the cast.

Nowadays, the idea of ​​something being 100% inaccessible feels near-mythic. Lost media continues to be an internet fascination, and the subject of many a YouTube video, because it seems inconceivable to younger generations that we don’t have everything at our fingertips. We become obsessed with the most nonsensical and grotesque things simply because we can’t see them right now. Such things inspire conspiracy theories that verge into the baroque. There’s something alluring about the idea of ​​a piece of art being so wrong, so radical and controversial and disturbing, that it must be kept out of sight of innocent eyes. Consider The Day the Clown Cried, Jerry Lewis’s staggeringly misguided concentration camp film that he kept locked away from audiences once he realized how terrible a mistake he’d made. Mostly, however, movies that don’t get released are the victims of mundane business decisions.

Remember The King’s Daughter, a baffling fantasy historical romance that was dumped in a handful of theaters a mere seven years after its initially scheduled release? That’s a rare instance where the film actually got seen by audiences but the story behind its endless delay is essentially the default for the dilemma of the unreleased film: make a big fuss in pre-production then clean up house as soon as possible. Maybe you can make a few promises of eventually releasing the film but nobody believes such claims. Rumors start swirling about internal issues, bad test screenings, conflicts between the director(s) and producers. The actors stop being asked about its release. If you’re lucky, only nerds like me will ever remember you promised a movie in the first place.

There are instances where films are pulled for reasons that might be more sinister than mere business. In recent years, a number of Chinese films were pulled from the schedule days before audiences were expected to see them. The big-budget adaptation of The Three-Body Problem remains unreleased thanks to rights issues and studio squabbling, but some have theorized that it may have been a political move. Zhang Yimou’s One Second was set to screen at the Berlin Film Festival before being pulled due to ‘technical difficulties,’ a fate that also befell Better Days. ‘Technical reasons’ is seen as code for ‘state censorship.’ In 2016, the Chinese government passed a law that bans film content deemed harmful to the ‘dignity, honor and interests’ of the country.

Yet the batgirl case still feels unique. Most unreleased films are low-stakes operations, or ones that weren’t positioned as major franchise tentpoles based on iconic characters. They’re not as hotly hyped at this, nor is the pre-production reporting so detailed. And remember, this film wasn’t even made for the cinema. It was supposed to be a streaming title. So, for an at-home film to be dumped in this manner is truly bananas.

Another report by Variety gave a painfully mundane reason for the decision: taxes. With Warner Media undergoing yet another regime change thanks to the merger with Discovery Inc. last year, the company is clearing house. It’s common for new bosses to kick their predecessors’ projects to the curb, either as a cost-cutting measure or d**k measuring contest. Even before David Zaslav took the reins of the newly formed Warner Bros. Discovery as CEO this spring, he made it clear that he wanted to reverse the company’s strategy of giving major films simultaneous theatrical and at-home releases. Rather than increase spending on batgirl to make it match these new expectations, they decided to take a tax write-down. It’s more financially beneficial to dump your film than let people see it. This is content after all, not art.

And that’s what feels so damn toxic about the batgirl mess. It’s the dishearteningly predictable conclusion to an industry-wide mindset that sees profit as the exclusive motivator. That’s hardly a new phenomenon. Even I’m not optimistic enough to think that Hollywood was ever primarily inspired by artistic vitality and enriching the culture. Yet this current era feels especially potent in its corporatized madness, its single-minded willingness to snatch defeat from the jaws of victory at every turn. Not even reducing every film to a product can save it from this month. What does it say about Hollywood when a finished production with an eager fanbase awaiting its release is worth less than a tax write-off? If you’re a director, an actor, a fan, or just anyone who vaguely cares about cinema, why would you ever want to work with Warner Bros. Discovery again?

I imagine that we’ll see batgirl in some shape, way, or form. Don’t be surprised if someone leaks it to Pirate Bay, if only to allow people to see all the hard work that was put into it by a creative team who cared far more than the CEO. I don’t expect this one to end up in a vault or be listed on a future YouTube ‘lost media iceberg’ video. Yet one can’t help but wonder if this fate will befall a hell of a lot more movies in the future.

Kayleigh is a features writer and editor for Pajiba. You can follow her on Twitter or listen to her podcast, The Hollywood Read.