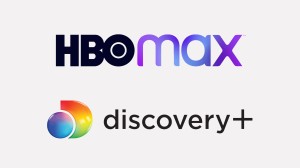 Warner Bros. Discovery says it will merge HBO Max and Discovery+ into a single platform that is commercially and technologically viable. But the conglomerate looks like it will be playing catch-up in streaming markets outside the US for many years to come.

That’s a dreadful blunder for a group that contains the iconic pay-TV brand HBO, and had already started to roll out its own direct-to-consumer service HBO Max.

The situation is particularly egregious in the wider Asia region, which is currently the world’s fastest-growing streaming market, but where the new improved WBD-iteration of HBO Max will not be available for another two years.

“We plan to launch the [HBO Max] service sequentially starting in the US next summer. Latin America will follow later in the year, European markets [currently] with HBO Max will follow in early ’24, with additional launches in key Asia Pacific territories and some new European markets coming later in 2024,” said JB Perrette, CEO and president of global streaming and games for Warner Bros. Discovery, on a conference call on Thursday, following publication of the merged WBD’s second quarter financial results.

The admission that the software on which HBO Max is built is not up to par is woeful. HBO Max has had “performance and customer issues,” but offers a rich set of features, explained Perette on the conference call. On the other hand, Discovery+ has more limited features, but provides a more robust underlying delivery infrastructure.

Pity the consumers in eight markets in Asia, where the stop-gap HBO Go platform is currently available. They had been told that HBO Max would represent a technical upgrade on what they are currently being sold.

While the group’s technology issues will surely be overcome, the time lost and out of the market can only be costly. There are at least two reasons for that.

First, the global growth of SVOD is already slowing down — some markets are already approaching saturation, while an imminent recession will make more consumers reduce their discretionary spending and likely cut the number of video subs per household.

The rot has already begun in the UK, where a BARB survey published this week found a 2% quarter-on-quarter decline in the number of British households with any SVOD service.

Perette says that the new WBD / HBO Max is intended to be so good that it reduces churn. But by the time WBD Max gets rolled out in some parts, Apple TV+ and Amazon’s Prime Video will have had time to fill in geographical gaps in their current service matrix, grow their content production studios and acquire subscriptions through blockbuster content like “Lord of the Rings: The Rings of Power” or “Ted Lasso” and “Severance.”

In fact, the WBD targets for the new service are curiously underwhelming. It aims for 130 million global subscribers by 2025, up from the 92 million the conglomerate has currently. But that compares with 2022 figures of 220 million for Netflix; Disney+ with 138 million (excluding Hulu and ESPN+); and the 65 million that Paramount+ has quickly built.

Armed with Discovery+ technology, fresh insight into the balance between AVOD and SVOD, plus a wealth of content (Discovery, HBO, Warner Bros. and a mega bundle of TV brands covering news, kids and entertainment), there’s every reason to think that WBD / HBO Max will come out swinging. One advantage of being late to the party could be a shorter ramp up to profitability than its first-mover rivals.

See also  "It's a good time to pay debts," advises Enrique Dussel after interest rate increase in the US

“A 2024 launch of new paid and free streaming platforms probably allows the company to drive immediate monetization through major licensing deals and some pockets of growth across theatrical and branded pay channels,” says Vivek Couto, at consultancy Media Partners Asia. “It also gives new management time to plan the execution and strategy on technology, content and localization as well as pricing and figure out what is their right to play in the region. The focus will invariably be on trying to achieve scale and monetization in key markets such as Australia, Japan, India and parts of Greater Southeast Asia.”

Analyst Claire Enders, founder of Enders Analysis, is more pessimistic still. “The streamer bubble is well and truly burst,” says Enders. “The Netflix share price drop has been the harbinger of all of these phenomena — the Wall Street people don’t believe in it anymore.” Enders adds that there is no more room in the top tier, which comprises Netflix, Disney+ and Amazon Prime Video.

HBO will continue to do well as a brand thanks to its “Game of Thrones” spinoffs, but not HBO Max, says Enders. “It’s HBO that has the brand recognition, not HBO Max,” says Enders. She sees HBO Max’s best prospects in North and Latin America. Europe is different and a more entrenched pay-TV market thanks to 50% of the audience being above the age of 42.

“They will keep open the possibility of launching in these other European markets. When they see that they build up a big audience on pay TV for ‘House of Dragons,’ for instance, and the other spinoffs, they’ll see that has perpetuated the value,” says Enders.

However, a second reason for concern is that in the interim period before rollout of the new service, WBD will actually be helping its competitors by unloading content.

This is already underground.

Variety understands that big licensing deals in the Asia Pacific region are being split between local platforms in Australia and Japan and with regional players Amazon and Netflix. In India, their output is being divided up between Prime Video and Disney+ Hotstar.

All eight “Harry Potter” movies will leave HBO Max from Aug. 31 and can already be found in the US on Peacock instead. HBO Max quietly removed six Warner Bros. streaming exclusive films and axed the “Batgirl” movie in efforts to cut costs.