Will ‘Mission: Impossible 8’ be the last installment of Tom Cruise? nothing is sure 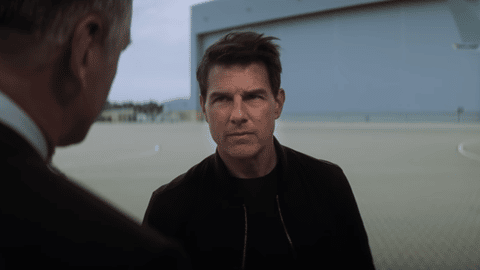 ‘Mission Impossible: Death Sentence. Part Two’, also known as ‘Mission Impossible 8’ might not be Tom Cruise’s final outing as Ethan Hunt, after all. Before seeing that installment, the seventh will have to be released, also pending release. As for whether there will be more parts or not, the words of the director of the film, Christopher McQuarrie, suggest that the end of Hunt is not written.

While appearing on the ‘Light the Fuse’ podcast, the director was asked if this would be the last time we see Ethan Hunt. And although he didn’t confirm or deny anything, his answer seemed optimistic. “Let me tell you, I’ve been working with Tom Cruise for 15 years and I can’t tell you how many times I’ve stood next to him, witnessed an event and then read about it in the papers the next day. And nothing they describe is really true“, said.

“We were in Birmingham shooting a scene between Tom and Haley (Atwell). The next day I read an article in the newspaper saying that Tom and four other guests went to an Indian restaurant for dinner,” he said, throwing up an example. “I read that Tom insisted on sitting at a table not in a private room but in the main restaurant with the other diners and that Tom ordered three orders of chicken masala because he liked it so much. I called Tom the next day and said, ‘There’s something strange in this article. It’s 100% correct!’ That’s the first time I’ve read an article where everything happened exactly as written,” he added.

McQuarrie also warned fans not to believe everything they read.”I read that Mission (Impossible) was going to be filmed at the same time and then we decided not to do it“, said.

“When you read articles on business just put the imaginary word in front of the headline: ‘The agenda is…’ When you read ‘anonymous sources’ or ‘sources close to production say’, someone is posting it for a specific reason. It is someone who wants others to think that for some reason, and you can never know for sure what those reasons are. You learn to ignore it and laugh about it. In today’s world, you wait 17 minutes and another news cycle will sweep it away.“added the filmmaker.

At the moment we have to wait to see the seventh and eighth installments: ‘Mission Impossible: Deadly Sentence. Part One’ is currently set to be released next summer, specifically on July 14, 2023. And ‘Mission: Impossible 8’ will hit theaters a year later, on June 28, 2024.