‘You’, season 4: everything we know about the new episodes on Netflix 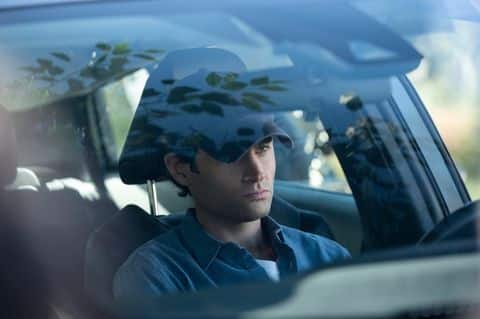 Season 4 of ‘You’ is already underway and will premiere among Netflix series very soon. Starring Penn Badgley, the production has become one of the most watched and beloved Netflix series by the public, and that is also one of the most disturbing. Here we collect all the details about the continuation: release date, synopsis, cast, trailer and more.

In its early days, ‘You’ taught us to separate romance from stalking through the character of Joe Goldberg, a guy who thinks he’s a knight-errant but is actually a stalker with murderous tendencies. We will discover it episode by episode, and season by season, in a journey of three seasons that has managed to reinvent itself and hook viewers. One of the best suspense series, full of surprises and narrative twists, the series shows no signs of exhaustion and it is already in the middle of filming its fourth season, which will feature international settings and other novelties.

“Reading Caroline Kepnes’s novel, [el showrunner] Greg [Berlanti] and I became instantly obsessed with Joe Goldberg and his twisted worldview,” executive producer Sera Gamble said when the series was renewed once again. “It’s been exciting to see Penn [Badgley] lead Joe into a creepy but compelling life. We are deeply grateful that Netflix has shown such monumental support, and that people all over the world have enjoyed watching Joe really do it all very badly over the last three seasons.. The entire ‘You’ team is excited to explore new and darker sides of love in season four.”

Indeed, after the end of season 3 of ‘You’, we want to know what happened to Joe and company. We review everything we know about season 4: when will it premiere on netflix? Has filming already started? What new signings will there be in the cast? How will the story continue? Is there an official image? Below we gather all the details known to date and we will update it.

for now ‘You’ season 4 premiere date unknown on Netflix, although it is expected to be at the end of this year 2022, for the Christmas dates. Or will there be any delay and we will have to count it among the most anticipated series of 2023?

Filming officially began on March 22, 2022. At the beginning of the summer, in June, only the first four episodes had been shot.

Of course, We wouldn’t expect to return to ‘You’ without its leading man, Joe Goldberg, played by Penn Badgley.. The actor is one of the most predictable confirmations of the cast.

Considering the events of the ‘You’ season 3 finale, something tells us that his wife Love Quinn (Victoria Pedretti) will not return to the series. Said Badgely: “To me, it marks a really significant closure to the chapters that we know of Joe. I think there’s got to be some really significant fundamental changes to the way that the whole Joe device is going to continue to work. Because now we’ve seen it.” go through so, so much. In terms of the show and its tone, maybe there’s a pre-Love and a post-Love, because I don’t know how much can be repeated.”

The one we could see back is Tati Gabrielle as Marienne, Joe’s next obsession? Of course. In addition, we saw her travel to Paris, and that is precisely where the protagonist is headed this season.

As a new star signing we have Lukas Gage (‘Euphoria’), who will become Adam, Joe’s new nemesis. Says Netflix: “Gage plays Adam, the warm, fun and partying son of a wealthy family who is famous for not living up to his expectations. But the one thing he’s learned from his parents is to do whatever it takes to get what he wants.” . Curves are coming for Joe.

Season 4 of ‘You’ will also welcome Charlotte Ritchie (‘Ghosts’) as Kate, a cold and calculating art gallery director that he is deeply suspicious of Joe from the moment he meets him. Although, well, maybe he will end up falling for her, as we see in this photo from the shoot in Paris:

As for the rest of the cast, we’d expect to see flashbacks of young Joe, his birth mother, and the woman who befriended him when he was in her care. Other than that, get ready for a whole new cast of inevitably insufferable characters. “One of the questions we always ask ourselves in this series is, ‘Which group of privileged assholes do we want to pitch against Joe next?’ And there are many untapped throughout the world, beyond the borders of the United States”Gamble joked (via TV Line).

‘You’, season 4: how will the story continue?

Spoilers for the third season of ‘You’ below.

The third season of ‘You’ saw us Joe (Badgley) once again escaping the bloody mess he had created for himself as a byproduct of his obsession with another woman who comes out unscathed (apart from a few toes). Having now killed ten residents in three different cities (New York, Los Angeles and the California suburb of Madre Linda), he has said that his next stop would be across the pond, in Paris.

With his wife Love (Victoria Pedretti) dying in the season 3 finale, his son Henry in the capable hands of his former co-worker Dante (Ben Mehl) and her husband Lansing (Noel Arthur), and his latest obsession Marienne ( Gabrielle) unaccounted for, what’s next for Joe?

Showrunner Sara Gamble got a little ahead of the shoot and spoke a few months ago about what the fourth season may offer in the future. “I feel like season three is a season of a lot of loss and tragedy for him.”he told in an interview with Collider. “And we left him having lost or felt like he had to let go of everything that really mattered to him. So the story from here to here is going to be about how the protagonist gets some of it back or how he finds something else, because if the Joe that you met in the first scene of the pilot, where the bell rings in the bookstore and the girl in the jeans walks in, if he had a hole in his heart that needed filling then now he’s like 17.”

“Now we’ve been with him longer, so we know more about his personal and emotional background, right? I think there’s a lot of that to explore”. Season three saw Joe fall in love with his wife Love, quickly becoming obsessed first with his wealthy neighbor Natalie and finally her library buddy Marienne.

Gamble explained that with each new love interest, the writers try to create different reasons why Joe would be attracted to those people. “We don’t want to feel like we’re doing the same thing twice”, has said. “And so for each character that comes into Joe’s circle, we go through a pretty rigorous process of trying to really think of someone very different and figure out what we can explore that we haven’t done yet.”