Clu Gulager from Once Upon a Time in Hollywood, Dies at 93 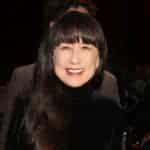 Clu Gulager, a beloved character who appeared in small parts in some hugely successful movies, has passed away. He was nearing his 94th birthday.

Gulager’s passing was announced by the New Beverly Cinema in Los Angeles, where he made frequent appearances. “Clu Gulager, 1928 – 2022. A beautiful life filled with family, friends, and films, Clu will always have a seat in our front row. We send our love to John, Tom, Diane, and to all the lives I have touched.”

No cause of death has been released.

A television stalwart who started appearing in various series in the late 1950s, he starred as Billy the Kid in “The Tall Man” for 75 episodes from 1959 to 1962. In 1963 – 1968, he starred in 102 episodes of “The Virginian” as Emmet Ryker after appearing on the show twice before in guest-starring roles. Gulager’s first movie was also his lone performance of him as a villain in Don Siegel’s 1964 film noir classic “The Killers.”

From then on he alternated between television shows and movies. Gulager appeared in most major television series from the 1970s to 1990s (everything from “Bonanza” to “Murder, She Wrote” to a spooky two-part episode of “Walt Disney’s Wonderful World of Color” called “The Mystery in Dracula’s Castle”) . And on the film side, he made big impressions in sometimes limited roles, like “The Last Picture Show” and “The Other Side of Midnight.” In the 1980s he had a resurgence as a horror movie staple, including a wonderful supporting turn in Dan O’Bannon’s “Return of the Living Dead,” alongside memorable turns in “Nightmare on Elm Street 2: Freddy’s Revenge,” “The Hidden” and 1987’s mutant-cat-running-rampant-on-a-luxury-yacht classic “Uninvited.”

In 2005 Clu starred in his son John Gulager’s debut feature, the gross-out monster movie “Feast.” The process of making the movie was documented during the third season of reality series “Project Greenlight.” (Truly, a perfect synthesis of Clu’s two worlds!) Clu went on to in John’s two “Feast” sequels, as well as his son’s sequel to Alexandre Aja’s “Piranha 3D,” entitled, of course, “Piranha 3DD.” His final film role was as the bookstore owner who sells Sharon Tate (Margot Robbie) a copy of Thomas Hardy novel “Tess of the d’Urbervilles” in Quentin Tarantino’s “Once Upon a Time in Hollywood.” (A decade after Tate’s tragic murder, Roman Polanski would adapt the novel into “Tess,” which was nominated for six Academy Awards, including Best Picture.)

Gulager was known for his colorful persona, his love of moviegoing (he was a regular at Tarantino’s New Beverly theater) and his ability to make even the smallest sliver of a role into something larger than life. He will be missed. 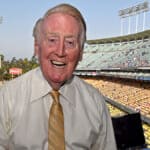