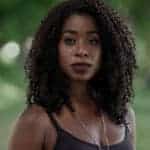 Despite being one of the most powerful beings in existence, Tom Sturridge’s protagonist in Netflix’s “The Sandman” is neither boastful nor bombastic. Instead, Morpheus (also known as Dream) remains even-keeled and steady — one might even describe him as shy! —through much of the series even in the face of great suffering and otherworldly happenings.

But don’t mistake his reticence for weakness. As it turns out, Sturridge and comics creator Neil Gaiman, who also serves as a writer and executive producer on the series, followed a very specific idea when translating the character from the page to the screen.

“It took me a long time in the preparation of it to figure out how he behaved and how he sounded. And the person I went to obviously was Neil,” Sturridge told TheWrap. “The two things he said were key is that Morpheus has had every thought that you could possibly have had because he’s existed for millennia. And so nothing he says is constructed in the moment. It should always sound as if it’s etched in stone.”

Morpheus is a matter-of-fact entity who rarely seems excitable, scared, happy, or angry. The accumulation of an endless volume of cosmic experience, as well as his imprisonment of him to start the series, have dulled his emotions of him. It’s partly why his speech is flat and deliberate. But conveying the cauldron of feeling simmering under the surface with calculated precision was Sturridge’s main goal for him.

“The second thing is that Morpheus can be terrifying and, because of his power, there’s an instinct as an actor for him to have an aggression or a violence, which I think he definitely has inside of him,” Sturridge said. “But it was very important to Neil that he was the voice inside your head. The voice that guides you to sleep and that walks you through your dreams. And that voice must have authority and danger, but it also has to be seductive enough for you to follow him.”

“The Sandman” Season 1 is now available on Netflix.