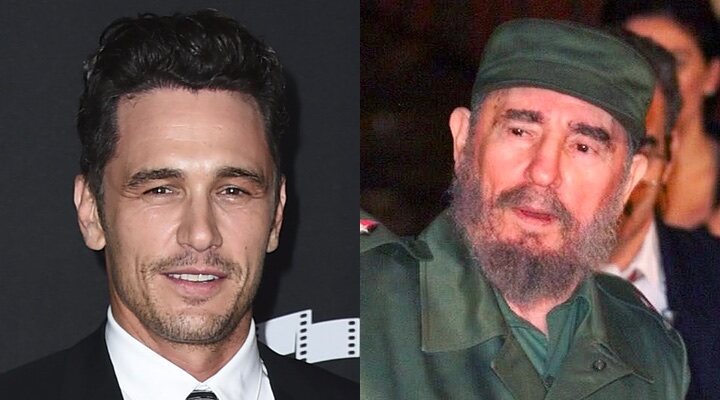 James Franco has been away from the spotlight for quite some time as a result of the sexual misconduct allegations launched by five women in 2018. Even Seth Rogen, at the time his great friend and collaborator, turned his back on him. The actor admitted at the end of last year that he had learned a lot from this situation, and is preparing his return with various projects.

One of the last to be announced is ‘Alina of Cuba’, the new film by Miguel Bardem (‘Mortadelo and Filemón: Mission to save the Earth’), in which will become nothing less than Fidel Castro. The film will focus on Alina Fernández, Castro’s daughter and one of the biggest critics of his regime. She will be played by Ana Villafañe, while Mia Maestro will play Naty Revuelta, Alina’s mother. The script is in charge of Jose Rivera (‘Motorcycle Diaries’) and Nilo Cruz.

This opportunity for James Franco to return to the film circuit that attracts nominations is not without criticism because it is an American actor and not a Latin American who plays the dictator. One of the first to get into the discussion was John Leguizamo, who wrote on his Instagram: “Why does this keep happening? Why does Hollywood exclude us and also steal our narratives? No more appropriation! Hollywood and streaming platforms! Boycott! This is terrible! Also this story is very difficult to tell without aggrandizement, which would be wrong. I have no problem with Franco but he’s not Latino!”.

He has not been the only one. Other Latin American actors and actresses, such as Raúl Castillo, Jess Darrow or Sol Rodríguez have also raised their complaints on social networks. Jeff Torres has tweeted: “I’m casting for another generic Latin American drug dealer and James Franco is going to play Fidel Castro. Latinos continue to be neglected here and everywhere. Fuck“.

They have reason to criticize because the presence of Latino actors and actresses in Hollywood movies and series is still very small. A 2020 study noted that only 5% of speaking roles in the 100 highest-grossing films of the year were performed by Latino performers. They are the least represented in the industry, followed by Asian actors and actresses with 7% speaking representation in the year’s top films. Despite this, in 2018 they represented 23% of movie tickets sold in the United States.

‘Alina de Cuba’ intends to start filming on August 15 at locations in Cartagena and Bogotá, Colombia.