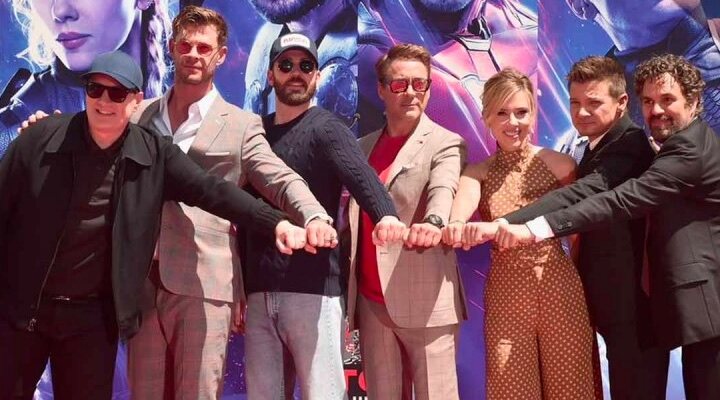 It’s likely that we’ll never stop discovering new things about the Infinity Saga, but it’s also very likely that it will take us a long time to see a series of movies on the scale of the first three phases of the Marvel Cinematic Universe, and a climax as satisfying as they were. Avengers: Infinity War’ and ‘Avengers: Endgame’. In the last film of this stage, which became the highest grossing film in history for a few months, the superheroes finally defeated Thanos, but they were not spared devastating casualties on the side of the good guys..

Now the Russo brothers, directors of the last two Avengers films, have revealed that the film was about to be much harder. While in the version that hit theaters we had to say goodbye to Black Widow (Scarlett Johansson), Iron Man (Robert Downey Jr.) and Captain America (Chris Evans) he was going to live with Peggy Carter (Hayley Atwell ) in an alternate timeline, the president of Marvel Studios was at one point in favor of killing the original six Avengers.

“There were a lot of rumors about who was going to die. Kevin (Feige) suggested, at one point, cutting out all the originals. We thought it was too aggressive and that the public would not be able to process it. And that, in fact, choosing one or two characters to make sacrifices throughout the film would give you moments where the action could stop and you could have an emotional catharsis and then continue with the narrative.“ Joe Russo explained on the Happy Sad Confused podcast.

what we would have missed

Would you have been able to process the deaths of the Hulk (Mark Ruffalo), Thor (Chris Hemsworth) and Hawkeye (Jeremy Renner) as well? The three characters continue to have quite a leading role in Phase 4, the first of the current Multiverse Saga. The Asgardian recently released ‘Thor: Love and Thunder’ in theaters, Clint Barton had his own series on Disney + last Christmas, and on August 18 Bruce Banner will join his cousin in ‘She-Hulk: Lawyer Hulka’the new series from the House of Ideas for the streaming platform.

For its part, The Avengers will return to theaters in 2025, within Phase 6 of the UCM. On May 2, ‘Avengers: The Kang Dynasty’ will be released and a few months later, on November 7, ‘Avengers: Secret Wars’ will do so, the ‘Avengers: Endgame’ of the current stage. We will then see who forms the new group of superheroes with so many new characters and so many movies and series on the way.