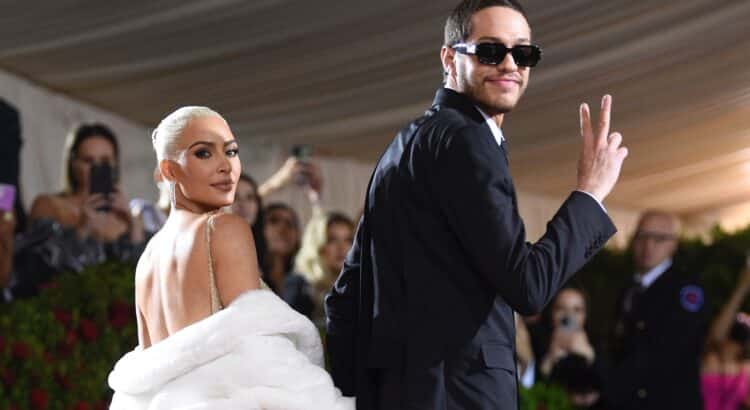 Kim Kardashian and Pete Davidson have ended their nine-month relationship, bringing to an end an unlikely whirlwind romance that both captivated and confused fans — and generated a seemingly never-ending supply of tabloid drama.

rolling stone has learned that the reality TV mogul and former Saturday night Live comedian parted ways this week, citing the couple’s busy schedules and long-distance relationship as the reason behind the split. The breakup comes just weeks after a trailer for the upcoming season of Hulu’s the kardashians showed the Skims founder and her then-beau hopping into the shower together.

Kardashian, 41, and Davidson, 28, were first romantically linked in October 2021 after the pair was spotted holding hands at the Southern California theme park Knott’s Berry Farm following Kardashian’s appearance on SNL, during which they shared an on-screen kiss in a scripted sketch. The two were later spotted together multiple times following the outing, with Kardashian even throwing the comedian a birthday party that November. Davidson eventually acknowledged the relationship publicly in a subsequent podcast appearance this February, while Kardashian shared photos of Davidson to Instagram the following month.

The pair famously made a red carpet appearance at this year’s Met Gala, where Kardashian sported the iconic form-fitting dress Marilyn Monroe wore while singing her rendition of “Happy Birthday” to then-President John F. Kennedy in May 1962.

The relationship also drew ire from (and provided significant creative fodder for) Kardashian’s ex-husband, Kanye West, Who infamously called out Davidson in a track on his album donda 2 and unleashed numerous social media tirades against the comedian, targeting his past struggles with addiction and mental health issues.

In February, West posted a series of screenshots of alleged text messages between himself and Kardashian, with the reality star calling her former partner’s actions “scary,” claiming “someone will hurt Pete [Davidson] and this will all be your fault.” West replied, “I will always do everything to protect you and our family forever. And I listened to you and told everyone to make sure nothing physical happens to Skete,” referring to the derogatory nickname West bestowed upon the comedian.

On the song “Eazy,” released the following month, West boasted that he was saved from a near-death experience simply to “beat Pete Davidson’s ass,” releasing a violent claymation video to accompany the track in which a cartoon version of the rapper kidnaps and kills a character resembling the comedian. The video ends with an on-screen message that reads, “Everyone lived happily ever after, except you know who,” with “Skete” conveniently crossed out. Another video for the track featured an animated version of the SNL star being beat up by a monkey.

That same month, a friend of Davidson leaked a series of now-deleted screenshots purportedly showing a text conversation between Davidson and West. “It don’t gotta be like this,” Davidson was alleged to have written. “What she does for those kids is amazing and you are so fucking lucky that she she’s your kids’ mom… It’s wonders what [rehab centers] do when you go get help. You should try it. I’m in La for the day if you want to stop being a little internet bitch boy and talk.” Days later, West went on a social media rant, bragging that Davidson “had a mental breakdown after we ran him off the internet” and claiming the actor would get Kardashian “hooked on drugs” because “he is in rehab every 2 months.” Those posts eventually led Instagram to temporarily restrict West’s account of him.

See also  I have never physically abused or assaulted anyone: 'Coco' Levy after being fired from Videocine

Davidson addressed the constant harassment from West during a stand-up routine in May, calling the ordeal “a really weird thing to go through.”

While the split between the high-profile couple appears amicable, one question remains: What will Pete do with the numerous Kim-related tattoos he branded himself with earlier this year? Here’s hoping he has a good cover-up artist on speed dial.