More than 11,000 cubic meters of water are pumped per day in a well in Coahuila, engineers estimate 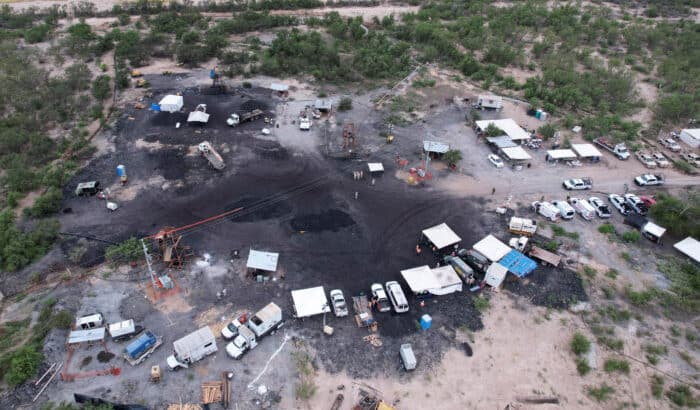 The Coahuila government reported this Saturday that it was possible to double the extractive capacity of water that flooded the coal pit in the municipality of Sabinas, where 10 miners are still trapped, since it reaches pump more than 11 thousand cubic meters of water per day according to the estimates of the engineers in charge of the rescue work.

More than 72 hours have passed – that is, 3 days – since the well collapsed due to the excavation of the mine coincided with an underground river, which caused the flooding of the mining conduit.

According to a statement from the Coahuila government, The three levels of government continue to work in coordination to continue increasing water capacity and attend to the families of the trapped miners and provide them with timely information on the progress of the work.

Personnel from the Mexican Army, the Federal Government, Coahuila and the municipality of Sabinas, assist families to provide information on the progress of the work rescue of injured miners.

More than 200 public servants work in shifts to cover 24 hours a day with medical, psychological, food, services, accompaniment and support to solve basic needs, information and coordinating actions to achieve the greatest possible well-being of the families of the 10 trapped miners.

In the camp set up inside the mine site, a community kitchen was set up by DIF Coahuila; the municipality of Sabinas placed spacious and hygienic toilets, a hydration area and supplies, both for family members and rescuers; the staff of the Ministry of Labor stays next to the relatives to solve your doubts about the actions and results of the work carried out.

The Sanitary Jurisdiction of the Carboniferous Region of the Coahuila Ministry of Health, the Red Cross, Firefighters and the Army provide medical care to relatives due to chronic conditions and monitors their health periodically.

In addition to this, a team of psychologists is on site of the State Commission for Attention to Victims and another group of the same specialty of the Mexican Army, who provide permanent professional attention to the families that are in the place.

For the rescue work team made up of the Mexican Army, Federal and Coahuila Government, Civil Protection, mining companies in the region and volunteers, the priority is the rescue of the trapped miners and the welfare and safety of families and actions will not cease until this goal is achieved.