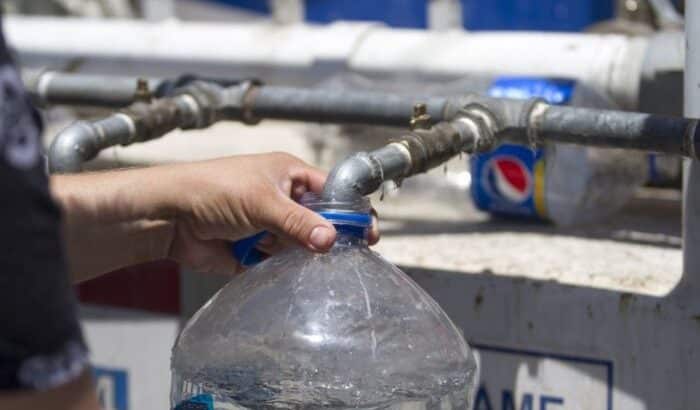 Lhe gods of Olympus were a mythical analogy used by oligarchic groups for cultural control of the population. They set limits and condemned any thought that challenged them. With this, and the control they exercised over fire and the smelting of metals, nature seemed to operate at its whim and the greatest threat to the dissidents would be damage caused by the weather. We are talking about societies existing at least three thousand years ago. Homer took charge of describing them literarily and highlighting their regimen of control and manipulation.

Oligarchic behaviors become old together with their procedures. During the last four decades, the assumption that growth has limits and that the transgression of them would cause the “punishment of nature” has re-emerged strongly in the world. This is how “global warming” or “climate change” is propagandized. Nature is accused of reacting to the “sin of hubris”, represented in the desire for economic growth and industrialization.

Faced with the challenges posed by the drought plaguing northern Mexico, it would seem that we have not ceased to be slaves of the gods. A half-hour video of the young governor of Nuevo León, Samuel García, is widely circulated. Pushed by the dramatic water shortage suffered by that entity, the first thing he accuses in his speech is that “nature is charging us a bill, we have been growing much”, then announces a series of actions that are limited to taking water from industry and agriculture to replace the deficit in domestic consumption.

It is a remarkably incoherent speech, because based on these policies to reduce water consumption, progressive increases in rates, vague promises of managing greater volumes of the resource, it supports the spectacular goal of solving Nuevo León’s water problem. of the next thirty years.

The video of Governor Samuel García was released on Sunday, July 24, and on Friday, July 29, President López Obrador signed a decree to formalize and reinforce the actions of the federal government that seek to face the water crisis in Nuevo León. The presidential decree is located in the same conceptual fault of the governor’s speech, and the President explains it in the same terms: “there is becoming aware that it is no longer possible to continue having water for industrial, commercial purposes, because it has to be take care of the water, there has to be planning”. The construction of a second aqueduct connected to the languishing “La Cuchilla” dam is announced, which will end up leaving agriculture and industry without water.

As for speeches, things are not very different in Sonora. As the drought deepened, Governor Alfonso Durazo also announced that, surrounded by a group of experts, he is preparing a plan that intends to solve the entity’s water vulnerability for the next thirty years. As the governor of Nuevo León, Durazo made vague promises related to the desalination of seawater and advanced some administrative measures that are not in the least close to the construction of a platform that would solve Sonora’s critical shortage of water due to next three decades.

Durazo’s coincidences with the president of Nuevo León are not only discursive, they are also convergent in practice. It has ratified the water policy of previous governments, which undercover in protecting the demand for domestic consumption in the capital city (Hermosillo), illegally built and operates an aqueduct from the middle part of the Yaqui River Basin, to pump millions of cubic meters per year to a minority of private interests that have made that city a paradise for real estate speculation, without caring about the severe effects that this diversion of water causes in the lower part of the basin, where the impoverished and injured tribe is located. Yaqui, seven municipalities with more than one million inhabitants and the Yaqui Valley, one of the main wheat and corn producing regions in Mexico.

Sustaining a water policy of distributing the water that is not enough, sacrificing some sectors to supposedly protect others, does not have a tomorrow, much less thirty years ahead. The President’s support for these policies makes him a captive of the permanent bureaucracy of Conagua, which during the last three decades has become the most aggressive front of the neoliberal criteria in the management of the resource. They immortalized their crooked purposes with the famous expression: “the use of a cubic meter of water used in a hotel pool is more profitable than that used in a corn or wheat plant.” 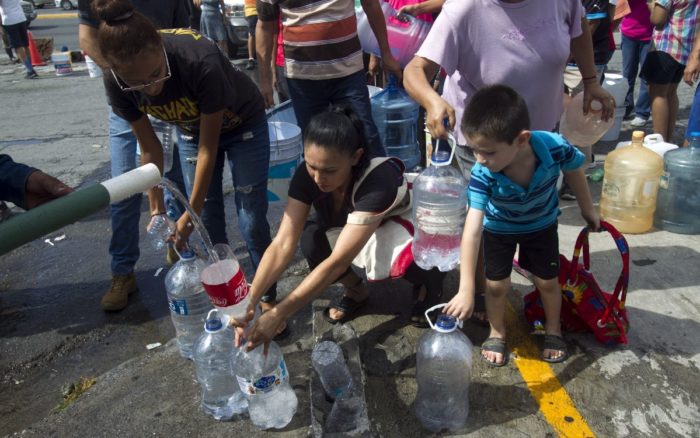 Neither Nuevo León, nor Sonora, nor northern Mexico, suffer from a water crisis because it has grown too much or because it is overpopulated. We are in this crisis because we stopped growing, because for more than a generation we maintained economic records that, compared to population growth, refer to stagnation and at times decrease.

Nature is not punishing us, we have inflicted these sufferings on ourselves by tolerating neoliberal economic policies that systematically neglected investment in large infrastructure projects, in science and technology, to densify our energy processes and manage sufficient volumes of water that would make possible industrial development and increased capacities to produce the necessary basic grains.

According to Conagua records, contributions from rains in the country have not changed in the last fifty years. An average of 1,500 cubic kilometers per year is maintained. Nor has their unequal condition changed. It has always rained more in the south-southeast than in the north, with frequent juxtaposed episodes, when we recorded uncontrollable floods in the southeast and severe droughts in the north. A reality recognized by the engineers of the then Secretary of Agriculture and Hydraulic Resources, who since the 1960s conceptualized the idea of ​​large water transfer works such as the PLHINO, on the North Pacific coast, and the PLHIGON on the Gulf coast. of Mexico, to transfer huge volumes of water to the north of the country.

It is time for the governors and the president to discard the neoliberal doctrine of limits to growth. Never accept the dilemma of having to choose between starving or dying of thirst.