‘The Boys’ laughs at Warner Bros. Discovery and the merger of HBO Max and Discovery+ 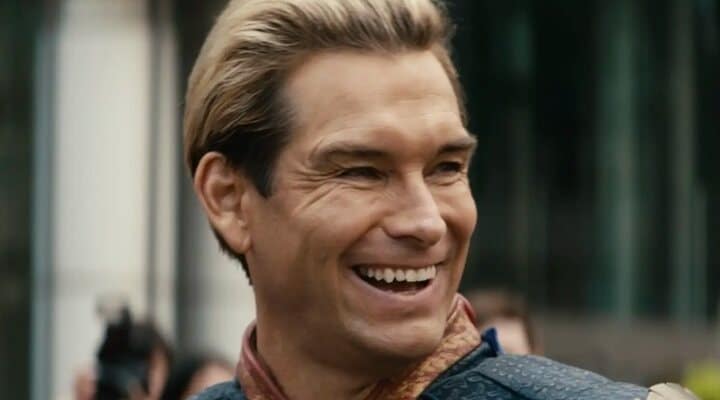 Warner Bros. Discovery continues to dominate the conversation in the entertainment industry. The company led by David Zaslav has had a very busy few days, receiving criticism for canceling the premiere of ‘Batgirl’, causing stupor by removing its own films from the HBO Max catalog and raising eyebrows with a call to investors in which the data did not accompany them , and in which announced important moves such as a 10-year plan for the DC universe and the merger between HBO Max and Discovery +.

Precisely this last measure has been mocked by ‘The Boys’. The Amazon Prime Video series, which has previously laughed at Warner, has launched a tweet from the official account of Vought International, the company that manages the Supers in the series, revealing that they are also going to merge their streaming services: “Vought brings you all your streaming in one easy-to-use app. VTV+, VNN+ and VSN+ are now part of Vought++! It’s more-more for just an extra $29.99/mo.”.

Vought is bringing your streaming together in one, fairly easy-to-use app. VTV+, VNN+ and VSN+ are now part of Vought++! It’s plus-plus, for only an additional $29.99 per month. Rewatch Dawn of the Seven with the guys, dive into Property Flippers with the gals, plus more! pic.twitter.com/C4PRORD7m4

The series has also teased one of the most controversial segments of the Warner Bros. Discovery investor presentation in which they basically said that the target audience of HBO Max and its series are men, and the target audience of Discovery+, focused on reality television, was women. Vought++ continues to sell itself saying: “Re-watch ‘Dawn of the Seven’ with the boys, dive into ‘Property Flippers’ with the gals, and more!”.

Warner Bros Discovery highlight what they think the differences are between HBO Max and Discovery+ pic.twitter.com/sKkSp8Dc6i

As we said, Warner and the DC universe have already been on the target of ‘The Boys’ before. In the Amazon Prime Video series we have come to see how they make fun of the drama that occurred with Joss Whedon’s version of ‘Justice League’ and the later Snyder Cut, for example.

David Zaslav, CEO of Warner Bros. Discovery, announced on August 4 that, indeed, HBO Max and Discovery + would soon be integrated into a new streaming platform, which will begin its deployment in the United States in the summer of 2023 and here it will arrive, according to plans, in 2024. In addition to a subscription version, the platform will also have a free version with ads. The company has promised to continue investing in content for HBO Max in the meantime.

‘The Boys’, for its part, is already preparing its next season, which does not yet have a release date on Prime Video, and filming for ‘Gen V’ has also starteda college spin-off with a bunch of new superheroes.