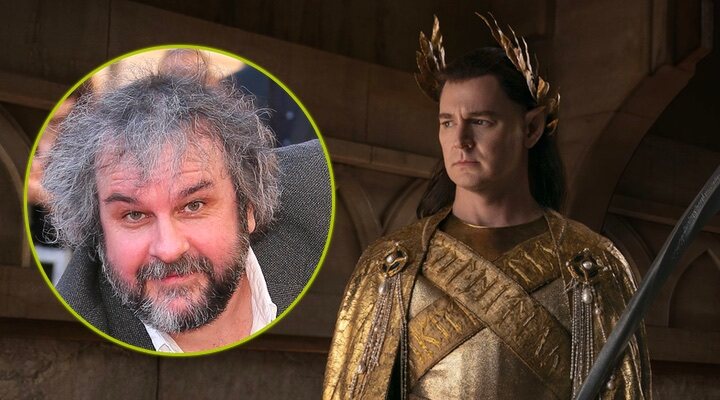 On September 2, ‘The Lord of the Rings: The Rings of Power’ debuts on Amazon Prime Video, the series that will take us back to Middle-earth and the adventures created by JRR Tolkien, this time in the Second Age, thousands of years before the events of ‘The Hobbit’ and ‘The Lord of the Rings’. Peter Jackson, director of the previous two film trilogies, is not involved in any way with the Amazon series, and now he has explained what his relationship with the streaming platform was during the process in which the series was “forging”. The only thing we knew is that they would have tried to get him involved in some way.

Jackson claims that the streaming platform offered him to be part of the creation of ‘The Rings of Power’, but then they went on to ignore him: “They asked me if I wanted to be involved, and I told them ‘that’s an impossible question to answer without seeing a script’. They said, ‘As soon as we get the first couple of scripts, we’ll send them to you.’ And the scripts never appeared. That was the last I heard, and that’s fine. I do not complain about anything“ said on a podcast hollywoodreporter.

In another interview with the same medium, he explains that all this happened about five years ago and that he was very aware of the scripts because it was very difficult for them to write the scripts for the films, but he remarks that not a single page of the series ever reached him. . Amazon wanted to respond with the following statement: “Pursuing the rights to our series, we were forced to keep the series separate and different from the movies. We have the utmost respect for Peter Jackson and the ‘Lord of the Rings’ movies and are excited that he is looking forward to seeing ‘The Rings of Power’.“. Indeed, Jackson has assured that he will be there as a spectator on September 2: “I’ll see it. I’m not the type of guy who wishes someone harm. The cinema is already difficult enough. If someone makes a good movie or series, it’s something to celebrate. What I want is to owe it as a viewer perfectly neutral”.

The Hollywood Reporter points out that behind this non-approach on the part of Amazon there could be a little more soap opera than it seems. The series features Tolkien’s heirs, something the movies didn’t (in fact, the heirs criticized the movies for “gut” the novels and turn them into “youth action movies”). It is very likely that they tried to block any attempts to contact Jackson, despite the fact that series creators Patrick McKay and JD Payne have already admitted that they did try to speak with him privately, probably seeking advice.

You have to remember that the rights to ‘The Lord of the Rings’ and Tolkien’s work are a bit entangled. Amazon paid 250 million dollars for the rights, but Warner Bros. still keeps part of them and that is why he is going to release ‘The Lord of the Rings: The War of the Rohirrim’an animated film with which they intend to extend the period of time to be able to use said rights.

The Lord of the Rings: Rings of Power premieres on Amazon Prime Video on September 2and the animated film will hit theaters on April 12, 2024.