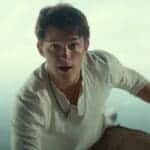 “Uncharted” fans were more than a little delighted when the original Nathan Drake showed up on screen toward the end of the film. And yes, Nolan North loved it just as much, but it was definitely a long road to making it happen.

Based on the PlayStation video games from Naughty Dog, “Uncharted” has been in development for years, going through a handful of possible stars, and more than a few directors. But North was in touch with most of them.

“I had met with a couple of the past directors over time, and everybody always wanted to kind of have me in there somewhere,” North told TheWrap. Both he and the directors were fully aware how much the fans wanted to see him.

For those who haven’t played the games, or maybe didn’t immediately spot him, North is the man who shows up on the beach after Nathan Drake (Tom Holland) and Chloe Frazier (Sophia Ali) fall out of the cargo plane. He’s a guest at the resort that is unexpectedly on the beach, and when Nathan and Chloe tell him what happened, he cheekily remarks “Something like that happened to me once.”

As they brush him off and head on their way, he manages to toss in an earnest “good luck,” and nearly breaks that fourth wall. But initially, the moment was going to be much bigger.

“I thought it’d be cool to do a role. Like, I’m one of the bad guys,” North said. “I think there were a couple directors who had ideas of me actually playing a role, like maybe playing Sam Drake, or doing somebody bigger. I think one director had an idea he pitched to me, thinking about like, you know, Sully and Nate have to go get their weapons from somebody or their passports, and maybe I’m that guy. But ultimately, I think those things were kind of like, ‘OK, that’s kind of cute, I guess.’” 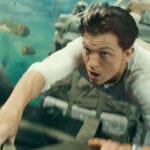 North will admit though that, at one point, he wasn’t sure he wanted a part in the movie at all. If he was going to show up on screen, it had to be done right.

“I didn’t want to take away from the film,” I explained. “I think, you know, sometimes a cameo in the wrong place, done incorrectly, can kind of take you out of that moment of excitement.”

But eventually, “Uncharted” director Ruben Fleischer figured out what he wanted, and gave North a call. Of course, this was in the middle of the pandemic, in October 2020, so extra measures had to be taken to get him to Barcelona, ​​where the moment was filmed.

Within the span of a few days, North had to get a COVID test, and an emergency visa. But, because someone in the Los Angeles immigration office had gotten COVID, North was flown to Houston to get his from him. And, thanks to an unexpected piece of his past work, things were sped up even more. 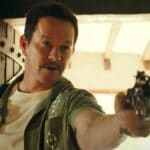 “If I remember correctly, the woman that was helping me get the visa was a ‘Pretty Little Liars’ fan,” North recalled with a laugh. (North played Peter Hastings on the Freeform show, the father of Spencer Hastings, played by Troian Bellisario).

“She didn’t know what we were doing, but she loved ‘Pretty Little Liars.’ And boy, thanks to that show, that got expedited even faster than we thought it could get,” he continued. “And then the next evening, I was in Barcelona.”

After fulfilling his necessary quarantine measures, North was on the beach with Tom Holland and Sophia Ali. From there, they just had fun with it.

“They were open to us ad libbing the scene and working on different things,” North said. “And ultimately, what was on the page, we did something completely different for the cameo.” 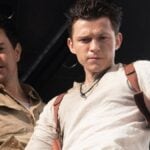 North noted that he tried to apologize to the writers, and was met with nothing but support.

“I remember I met the writers after, I said ‘I apologize we just kind of made it up,’ and they said ‘No, no, no, no, no nothing’s set in stone! It was great, we do this all the time,’” North said. “So you know, to be shown that kind of respect with somebody of Tom’s stature and Ruben Fleischer’s stature… It was great. It was nice to see some collaboration was not only welcomed, but they were enthusiastic about it.”

So, what did that cameo look like before North and Holland improvised a bit? According to North, it would’ve involved them being in a bar, and as North’s character goes to grab his drink from him, Holland’s Nathan Drake snatches it up. But North had some concerns with that idea.

“My note was like, I’m here because we’re passing the torch. And I don’t know if that’s going to look like he’s taking the torch, do you know?” I have explained. “And it was just this little thing. Then they said, ‘What do you think? What do you want to do?’ And I’m like, I don’t know. That line was written, [when] he said, ‘we fell out of a car, fell out of a plane.’ And I think I actually, like I did with the Uncharted games, I think I just went ‘Yeah, something like that happened to me once,’ and they loved it.” 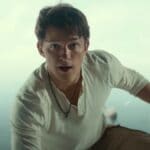 As far as future “Uncharted” films go, North knows that fans would like to see him there too, if they happen. He notes that his own are from him “wants me to be the Stan Lee of ‘Uncharted’ movies.” And yes, if he’s asked, he’s happy to pop in — but he doesn’t think it needs to be a big push.

“You know what? I’m happy to have passed the keys to the kingdom over to Tom,” North said. “I think he did a great job. I really do.”