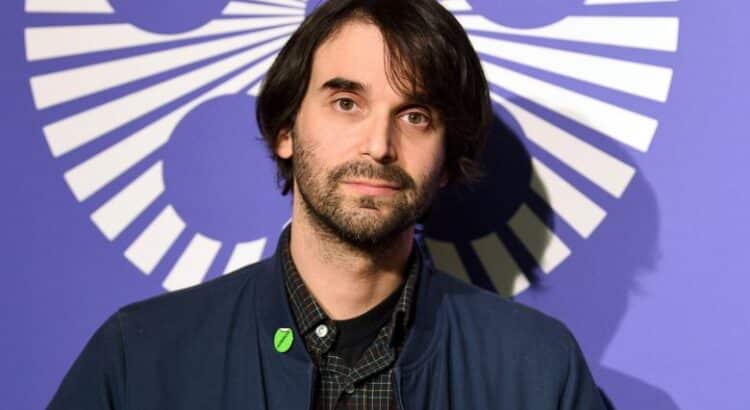 This isn’t the first time that HBO scrapped the work of its creators, but filmmakers should view all studio experiments with caution.

In all the hubbub around Warner Bros. Discovery’s streaming updates this week, nobody bothered to note that we’ve been here before. This isn’t the first time a version of the company — or at least a version of it — killed off a finished project for the sake of a write-off with no regard for its creators.

Of course, it’s hard to look at the past when much there is to ponder in the present: “Batgirl” won’t come out but the scandal-ridden “Flash” will somehow; older HBO Max titles have been quietly booted from the service; Executives on the earnings call proclaimed confidence in plans to jam together two vastly different streaming services into an amorphous new entity that still has no name.

But let’s step back for a moment and recall some recent history: Remember HBO Go?

Launched in the primordial streaming-war era of 2010 (USA Today: “It’s not TV, it’s HBO — on your computer”), HBO Go quietly transformed into HBO Max in the summer of 2020. The internet has long since moved on: the HBO Go site redirects to HBO Max and a link to the defunct Asian version of the service comes up even before the Wikipedia entry, with a quote from no less than Jon Snow announcing his fate.

The failure of HBO Go was instructive on many fronts, the least of which being that it competed with popular successful HBO programming rather than integrating it. It was an experiment that strung along several promising filmmakers only to lock up their work in the same limbo where “Batgirl” now finds itself. The playing field hasn’t been democratized, but it has been leveled: Everyone is vulnerable to deletion.

In light of the shock that a major studio can simply eradicate a massive creative effort, for the sake of this column’s focus on filmmakingit’s worth noting the pattern here: Disruptive business enterprises are riskiest for the people who have the most to lose — that is, the creatives.

Ten years ago, as Lena Dunham’s “Girls” became a smash hit after the 26-year-old’s acclaimed “Tiny Furniture” broke out of SXSW, HBO decided to use its fledgling service to court more young, talented storytellers to experiment on a small scale. These so-called “HBO Digitals” were the brainchild of former HBO executive Nick Hall (who now oversees creative for A24’s TV division) and enlisted a bunch of promising young artists to develop short-form content in the 10-15 minute range (hi Quibi!). The episodes didn’t head to HBO’s linear channel; they were HBO Go exclusives, meant to entice curious viewers while fostering new talent from within.

Some results underwhelmed, like “The Boring Life of Jacqueline,” which featured Sundance-winning director Sebastián Silva and cinematographer extraordinaire Jody Lee Lipes but never rose above the level of a lo-fi student film. “Single Long,” a spin-off of a web series about Chicago hipsters, was a total dud. The Zach Galifianakis-produced “Brody Stevens: Enjoy It” showcased its titular self-destructive comedian as a single, prolonged punchline. But “Garfunkel and Oates,” which starred the quirky musical duo of Riki Lindhome and Kate Micucci, boasted charming “Flight of the Conchords” energy in four-to-six minute bursts. All of these programs went bust, but not before I got to watch one in action.

In 2012, filmmaker Alex Ross Perry invited me to the set of “The Traditions,” his HBO Digital production that he envisioned as an 85-minute feature broken into 12-15 minute chunks. Perry’s black-and-white cringe comedy “The Color Wheel” was a recent festival hit that turned his unique blend of sarcastic humor and cinephilia into an instant brand. The jump from “The Color Wheel” to “The Traditions” wasn’t as audacious as Dunham’s shift from micro-budget filmmaking to “Girls,” but it was an opportunity to experiment on the studio dime.

Perry had a good time on set, directing and acting opposite Kate Lyn Shiel in an observational comedy about a young couple who relocates to a small liberal arts college in the midwest. The show—or mini-movie, if you will—was all passive-aggressive exchanges, improvisatory chatter, and satirical asides that poked fun at the insular world of a small-town university. Driving to the upstate New York shoot that day from his home in Brooklyn, he beamed about the opportunity.

“It’s pretty swell to finally not have to explain to members of my extended family or friends-of-friends at weddings what I do and why they should maybe care about it,” he said. “HBO means you care when somebody is speaking to you, and that’s quite nice.”

Within a year, “The Traditions” was obliterated along with other HBO Digital undertakings before the industry had time to notice. By then, “House of Cards” took off and everyone wanted original streaming blockbusters more than scrappy sketches. Perry pivoted back to features with the 2014 Sundance hit “Listen Up Philip” and he’s continued to build out his oeuvre of anxious character studies through the familiar path of feature-length films.

If there’s a teachable moment in these latest developments, maybe it’s the same one that came before.“They looked at the costs and decided this program wasn’t working and was taking too much work to create $100,000 nothings,” Perry texted me this week, noting the parallel with his HBO Digitals experience. “Weirdly… same story we are hearing now but with $100 million.”

The industry will always scramble to adapt and reboot, and emerging disruption directors and producers should always view with caution. Nobody wants to be a Hollywood lab rat. Rather than taking the experimental scraps on the studio lot, aim for the same opportunities the major filmmakers have already — the familiar pathways that form the backbone of the corporate ecosystem. Outside-the-box offers sound exciting on paper, but they’re the most vulnerable to cold capitalism in action.

“Batgirl,” developed within the dubious rubric of a “streaming movie” that could never survive the metrics for theatrical success, had red flags from the outset. There was no long-term future in assigning quality to “streaming” vs. “non-streaming.” Sure, limited film stock inspired Jean-Luc Godard to invent the jump cut on “Breathless” (or so the story goes), but the lower bar for streaming movies yields lackadaisical storytelling more than aesthetic achievements. That looks nothing like a tentpole, and it’s clear now that WBD leadership wants to develop films and TV shows that all feel like a part of the same equation. “We are stronger together and will make meaningful progress in operating our business as one team,” Warner Bros. Discovery CEO David Zaslav said on the earnings call this week.

The shift from risk-tolerant to risk-averse is a historic inevitability. That means no more radical swings like “Zack Snyder’s Justice League,” a $70ish million-dollar multi-episode director’s cut made exclusively for streaming, and to placate internet trolls. It probably made Zaslav gag if he even bothered to watch all four hours (although parts are quite entertaining, and it sure works a lot better than the turgid theatrical cut), and this isn’t an isolated circumstance. It’s hard to imagine that Netflix would have greenlit the two-and-a-half-hour finale of “Stranger Things” Season 3 after its latest stock tumble.

See also  Expert Issues UFO Warning: Aliens May Be Friendly, But Don't Bet On It

There’s a silver lining in all this; even executives committed to the bottom-line now realize they need to produce work that, by some elusive audience metric, bears the mark of quality. “It’s not about how much,” Zaslav told investors. “It’s about how good.” And the best path toward that result requires storytelling talent who can deliver the goods.

WBD might want to take a look at Universal’s recent moves. A few months ago, I made the case for more first-look deals akin to the one that Universal maintains with Jordan Peele. These provide a foundation of support for filmmakers to continue honing their skills rather than struggling between projects while providing studios a cost-effective investment in original IP. Universal again turned to that strategy by signing a five-year first-look with directing duo Daniel Kwan and Daniel Scheinert — aka Daniels — in the wake of their mind-blowing A24 hit “Everything Everywhere All at Once.”

“Everything Everywhere All at Once”

The Daniels, who told me earlier this year that they passed on an opportunity to direct “Loki” for Disney+ to develop their own original multiverse project, now have the chance to continue to grow in the commercial arena on their own terms. Chances are high that they will continue to make zany, unclassifiable stuff that will bolster their already-formidable fan base (pressure’s on, fellas!). Whatever the results, it’s a safe bet that it will be memorable and many people will want to see it. As WBD tries to untangle its muddle of DC properties with one hand, it might consider using the other to secure a few deals like this.

Filmmakers, meanwhile, want to start making sure they back up their work on private hard drives: Even the people who make final-cut masterpieces at the studios don’t own the end result, and they never will.

Write me with feedback to this week’s column or your own take on what this week’s news means for filmmakers attempting to navigate the uncertainty of the studio system: [email protected]

Sign Up: Stay on top of the latest breaking film and TV news! Sign up for our Email Newsletters here.