Biden’s victory: the Senate approves his law against climate change 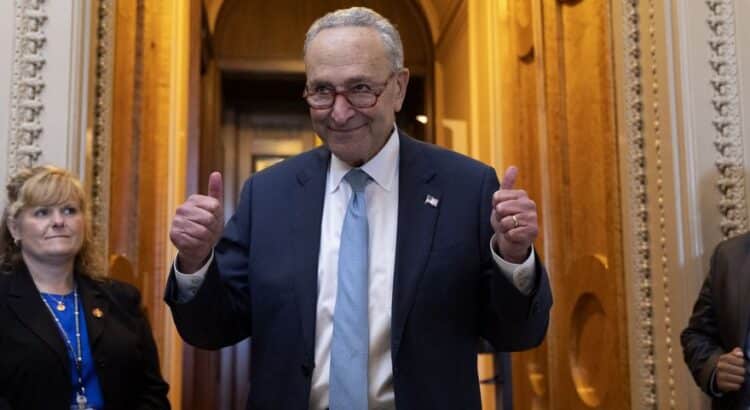 President Joe Biden and his party have succeeded this Sunday in getting the US Senate to approve the most ambitious project to encourage green energy and carbon reduction. The bill, called the Inflation Reduction Act, represents the largest investment in fighting climate change in US history, a victory for Biden. The law also entails substantial changes in health policy by granting Medicare, for the first time, the negotiation of the price of certain prescription drugs and the extension of medical care subsidies for up to three years.

Senate Democrats, with a narrow majority of 51 to 50 votes, requiring Vice President Kamala Harris’s vote, stood together to pass the legislation through a special process to approve the measure without the votes of the Republicans. Final approval came after a marathon series of votes on well-known contentious amendments that lasted from Saturday night to Sunday afternoon.

Biden and his party hope that the legislation will also help reduce the public deficit. The necessary investment for its development will be paid through new taxes. will be recorded with a minimum 15% tax on large corporations and with a 1% tax on the repurchase of shares. These measures are estimated to raise more than 700,000 million dollars in government revenue over 10 years. Of these, 430,000 million dollars will be used to reduce carbon emissions by promoting green energy and the purchase of electric vehicles. Part of these revenues will also be used to extend health insurance subsidies. The rest of the new income will serve to reduce the deficit. These measures are expected to reduce the carbon footprint by 40% in ten years.

The Democratic-controlled House of Representatives, which is expected to take up the legislation on Friday, August 12, must pass the bill before Biden can sign it into law. The historic approval in the Senate serves Biden to make up for the Supreme Court ruling that removed powers from the Environmental Protection Agency (EPA) to regulate emissions.

Despite the success of having overcome the Republican opposition and the reluctance of the senators from the conservative wing of the Democratic Party, Joa Manchin and Kyrsten Sinema, the measure does not reach the dimensions of the plan proposed by the president and initially approved by the House of Representatives on last November. That original version of Biden’s ambitious project reached an investment of 2.2 billion dollars.

As an immediate practical effect, the new legislation is expected to allow, for example, lowering the cost of insulin from more than 100 dollars a dose to around 35.