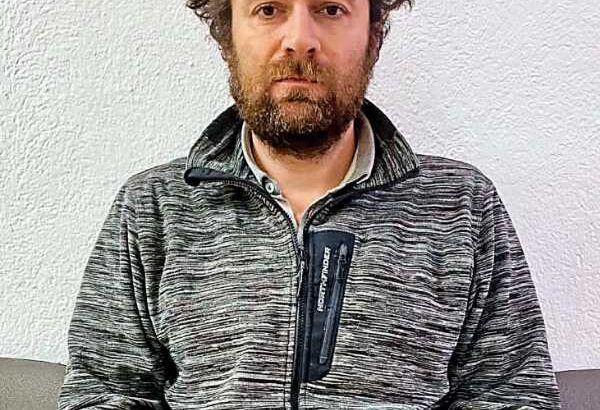 The National Institute of Migration (INM) explained that it cannot give access to the country to the Polish citizen Filip Roger Zalewski, who has been in isolation in a “little room” at the Cancun international airport since April 22.

A report from the magazine Proceso documents that the European businessman has spent 90 days without seeing sunlight, with insufficient food and isolated in harsh conditions. According to the report, the government of Andrzej Duda, of the ultra-conservative Law and Justice party, “persecuted him and forced him to close his company in that country.”

However, after a trip to Panama, the National Migration Institute prevented entry to Mexico, due to the existence of a “migratory alert”; At that time, the businessman processed two amparo lawsuits so as not to be deported, send him to the Public Ministry in case there is a crime or release him.

After the Process report, Migration published a statement saying that Interpol Poland issued a red file in the name of the businessman for probable crimes of organized crime and money laundering.

The federal government confirmed that the Pole filed two injunctions that prevent his deportation or expulsion from the country.

According to the official version, it has already been confirmed that Filip Roger Zalewski has a migratory alert for which he was unable to enter Mexico.

According to Migration, the Pole “was found among his belongings a device to clone cards and 9 thousand dollars in cash.”

The INM’s response is that they cannot refer him to another location, precisely because of the same protections:

In Cancun, after determining his inadmissibility, the person originally from Poland was taken by the immigration authorities to the waiting area to be returned to his country, however, he has filed two amparo lawsuits with number 403/2022 and 784/2022- C, issued by the Fourth District and Ninth District Courts, respectively, which prevent deportation and/or expulsion.

Given the legal resources that mandate that things remain in the state they are in until the judges make a final decision, the INM is unable to transfer the foreign person to some other place.

During this period, the immigration authority has complied with what was ordered by the judges, regarding the delivery of food, medical care, access to communication and personal hygiene, among others.