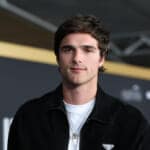 Director Lars von Trier has been diagnosed with Parkinson’s Disease, according to a press release from Zentropa obtained by The Copenhagen Post. The Danish film director is 66.

“Lars is in good spirits and is being treated for his symptoms – and given treatment so he can complete ‘Riget Exodus,’” said the statement from Zentropa, the film company started by Von Trier and producer Peter Aalbæk Jensen.

According to the press release, the Danish director plans to continue working on the third season of his series, “The Kingdom,” which is set to premiere at the Venice Film Festival on August 31.