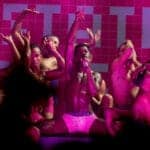 Nicki Minaj, who boasts 17 MTV Video Music Award nominations and five wins (and counting), will receive the annual event’s coveted Michael Jackson Video Vanguard award this year and will perform at the ceremony for the first time since 2018.

Minaj, who took home her first Moon Person for Best Hip Hop Video in 2011, is nominated this year for Best Hip Hop. Her next single from her, “Super Freaky Girl,” will be released on August 12 ahead of the MTV VMAs airing live from the Prudential Center on Sunday, Aug. 28.

“Nicki has broken barriers for women in hip-hop with her versatility and creative artistry,” said Bruce Gillmer, President of Music, Music Talent, Programming & Events, Paramount and Chief Content Officer, Music, Paramount+. “She has shifted the music industry and cemented her status as a global superstar with her crossover appeal, genre-defying style and continuing to be unapologetically ‘Nicki.’”

Minaj made her “VMAs” main stage debut in 2012, rapping a surprise verse on Alicia Keys’ “Girl on Fire” and returned with a trifecta of performances in 2014, first taking fans to the Amazonian jungle with “Anaconda,” then teaming up with Ariana Grande and Jessie J for a show-stopping performance of “Bang Bang,” and finally, “She Came To Give It To U” with Usher. Her most recent “VMAs” performance by her included a rap medley from her album “Queen,” featuring songs “Majesty,” “Ganga Burn,” “FEFE” and “Barbie Dreams” at the 2018 show.

The 2022 “VMAs” will see Anitta, J Balvin, Marshmello x Khalid and Panic! At The Disco take the stage with additional performers to be announced soon. 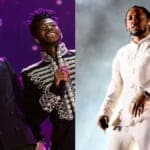