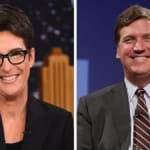 MSNBC stalwart Rachel Maddow isn’t going anywhere after signing at multiyear contract in 2021 to stay with the company. But such security wasn’t always set in stone.

According to a new Vanity Fair profile, the host of “The Rachel Maddow Show” and her new team at Endeavor Talent Agency were actively seeking new opportunities for her career as recently as last year. Maddow and Endeavor president Mark Shapiro were reportedly taking meetings with the likes of Netflix, Amazon, Spotify, Showtime, CNN and others through summer 2021, ultimately turning down offers from the likes of CNN’s then-president Jeff Zucker and a lucrative opportunity with SiriusXM.

There was a much bigger opportunity on the table: SiriusXM was poised to offer Maddow closer to $40 million plus a first-look deal, sources told me. (Sirius had no comment.) The idea was that she could do a weekday talk show and still pursue all of her other creative projects. This would not free Maddow from the daily grind, but it was a tempting proposition.

But, of course, Maddow re-upped with NBCUniversal in a multiyear deal that would allow her to host “The Rachel Maddow Show” on a weekly basis while pursuing other projects and mediums across documentaries, streaming specials, movies, books and more. Such projects would fall under her own production company – called Surprise Inside, her profile revealed – while NBC would maintain first right of refusal.

Maddow was “legally restrained from discussing the terms” of her contract for the profile, other than to dispute her reported salary of $30 million. Vanity Fair cited a source with knowledge of the contract that put the final package at a higher price point when working in “separate overhead and a developmental deal.” But the media figure clarified that her negotiations last year with NBC were not “some sort of, like, hostile, heated” enterprise.

“What I asked for, and I realize it’s a really hard thing to ask for from a large corporate entity, is flexibility, fluidity, and forgiveness,” she said. “I want us to handle this in a way that we don’t have to map every second of it. And I want my staff to all stay employed, and I want them to be able to shift between different types of projects, just as I am.”

Of her demands for the final contract with NBC, Maddow admitted that she didn’t think they’d find such common ground.

“I don’t know anybody who’s ever asked for it.… It’s potentially higher risk, higher reward, right? I think, writ large, if they ended up with, like, a hit award-winning podcast, and a hit movie, and a docuseries, and a serial TV show, and I’m covering the State of the Union, and some of the time I’m doing ‘The Rachel Maddow Show,’ that’s probably a better deal for them long-run than me just doing ‘TRMS’ and killing myself and not being able to do anything and, ultimately, having a shorter career because I ‘m burning myself out,” she said. “Like, I’m not becoming a painter.” 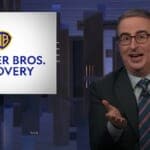