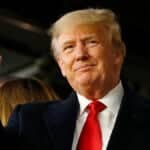 While president, Donald Trump complained that military officials weren’t subservient to him in the way he perceived Adolf Hitler’s generals acted in World War II, according to an excerpt from Susan Glasser and Peter Baker’s upcoming book, “The Divider: Trump in the White House, 2017-2021.”

The excerpt, published in The New Yorker, paints a picture of a president who grew easily frustrated with military officials that did not acquiesce to his requests and demands. Trump’s exchanges with former White House chief of staff John Kelly also suggests his lack of historical understanding.

When faced with pushback regarding the US military parades and strategy in the Middle East, Trump complained to Kelly, “You f–king generals, why can’t you be like the German generals?”

When Kelly pointed out that these same generals attempted to assassinate Hitler three separate times, Trump protested: “No, no, no, they were totally loyal to him.”

In the President’s mind, the ideal dynamic between a national leader and the commanders of the armed forces was one in which the latter followed the former’s orders without question, the book suggests. Apparently, the best historical example of this relationship that Trump could recall was Hitler and the Nazis.

The published excerpt goes on to explore how Trump aimed to overhaul his surrounding staff with those who would execute his suggestions unconditionally rather than argue against them. “You don’t want to hire someone who’s going to be a yes-man,” Kelly told the then-president. “I don’t give as— anymore. I want a yes-man,” Trump reportedly shot back.

See also  Benedict XVI asked for forgiveness in his will

The excerpt suggests that Trump entered office infatuated with the idea of ​​commanding the US armed forces, but quickly grew frustrated with the lack of control he had when it came to key military officials and decisions. Out of that frustration grew an emphasis on finding officials who would defer to Trump out of loyalty. 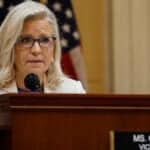