Westworld Metanoia Recap: The End of the Worlds Are Nigh

The penultimate episode of the fourth season of Westworld is titled “Metanoia,” a word I was surprised to learn means “chang in one’s way of life resulting from penitence or spiritual conversion,” according to the Oxford English Dictionary. I had assumed it was a portmanteau combining the words “meta-narrative” and “paranoia,” because that’s exactly what I felt when watching the episode.

There has been an episode of Westworld that you could trust less to tell you what was real and what wasn’t? Has there been an episode where you could trust Bernard (JeffreyWright) any less? Because there are at least two simulations running in “Metanoia,” and there’s really no reason to be certain that anything we’re watching is the “real” world, no matter who says otherwise. The episode begins with what turns out to be Bernard running a simulation where he and Maeve (Thandiwe Newton) storm the Hoover Dam and its massive array of databanks containing the Sublime. In the process of opening the giant crack that opens Host Heaven, he tells Maeve that no matter what they do, both humans and Hosts alike go extinct, and asks her if she’ll still fight or if she would rather finally join her daughter in the Sublime.

Maeve is a firm pass on staying in the real world, but this Maeve is a copy in one of Bernard’s many scenarios of trying to save a small portion of the world in which some people might survive, as he reveals later. Suddenly he’s back in the Sublime’s conference room with Akecheta (Zahn McClarnon), just as he was when he made his first season four appearance back in “Annees Folles.” Then he’s headed to the dam again with Maeve—ostensibly in the real world—but this time, Maeve agrees to fight as long as Bernard makes sure she reunites with her daughter afterward. But first, they reunite with Frankie (Aurora Perrineau) and Stubbs (Luke Hemsworth) after opening the Sublime, and head into the city to rescue Caleb.

What they don’t know is that humans have been causing so many Hosts to commit suicide that Hale (Tessa Thompson) is shutting it all down down. She announces to her people that they have one more day to play in the cities before she puts the humans in “cold storage,” just as Delos put Hosts in cold storage. (I assume this means Hale will order them to go someplace out of the way and kill themselves, which would be much more efficient than finding cold storage for the city’s human inhabitants.)

G/O Media may get a commission 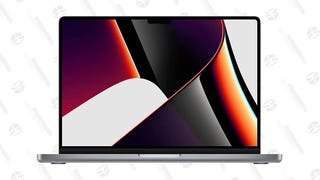 This revelation that the world he’s been overseeing is going to be destroyed disturbs William (Ed Harris) immensely, enough for him to go see the imprisoned William for another wonderful, intense conversation with himself. Prisoner-William has gone completely nihilist and would be happy if humanity was wiped out, and he considers the Hosts to be close enough to humans to be equally worthless. “Civilization is just the lie we tell ourselves to justify our real purpose,” he tells his captor. “We’re not here to transcend, we’re here to destroy.” He no longer cares that a Host replicated him, because “Only one of us needs to do what needs to be done.” And with that, Host William stabs Human William in the heart, human after all, but he smiles as he dies.

Once in the city, Frankie and Stubbs head to Olympiad to rescue Caleb (Aaron Paul) while Bernard and Maeve head to Hale’s human-controlling Tower. Team Frubbs (sorry not at all sorry) is pleased to discover everyone is exiting the building, including the security guards, and every door is unlocked. The duo manage to find Caleb in short order, who throws Stubbs in his cell from him and slams Frankie to the wall. He does n’t recognize her from her—which is reasonable, as she’s 23 years older than him when he last saw her—and he thinks this is one of Hale’s tricks from her. But Frankie manages to squawk out a little anecdote and tell him his childhood nickname for her was “Cookie,” and Caleb finally gets his emotional reunion with his daughter. frankyon the other hand, is freaked out seeing her dad look utterly unaged—also quite reasonable—but pleased to finally find him, and they begin their escape.

Team Maenard (I’ve never been less sorry for anything in my life) arrives at the Tower and things seem… off to me. Could be me, could just be some awkward editing, but first, Bernard and Maeve are walking together. Then they’re far apart so Maeve can sneak up behind one of the Drone Hosts. It seems like they’re entering the same area on more than one occasion. Are these multiple simulations Bernard is running, trying to find new outcomes? At any rate, he tells Maeve the truth—maybe, who he knows anymore—that at best they’re going to only save a few, not the world. Maeve is still in, because Maeve rules.

I think there are a few other clues that what we’re watching isn’t necessarily the real world. The big one is that when Maeve finds Hale, and they have an awesome fight that sends them flying into one of the courtyard’s pools. Then, Host William shoots them both in the head right in their Pearl brains. Could that really be it for two of the biggest stars and most important characters in the show? Or is this one of his run-throughs of him?

Another clue comes when William heads up to the computer room in the tower, finds Bernard, and shoots him in the head as well. The show losing three stars right before its final season, or even a season finale, seems like a wild decision. one that Westworld might make, admittedly, but I think there’s so much chaos and confusion going on in the series that taking away the small oasis of stability that major characters provide only makes the show more confusing and audiences more predisposed to become annoyed. My final clue? When Bernard’s body drops to the floor, his image of him gets very static-y, almost as if he’s made of data. And then he returns to Akecheta’s Sublime conference room, where they watch a burning city. But back at the Tower, William makes his own world—his own game of him. Well, it’s basically a battle royale where all the inhabitants of the city are ordered to fight and kill each other ensuring a survival of the fittest. Admittedly, it’s not the most original game, but still.

There is one place I am 100 percent certain is a simulation (okay, 98), and that’s where Christina (Evan Rachel Wood) and Teddy (James Marsden) are. Back at the beginning of the episode, Teddy catches Christina up on what Hosts are, that when Hosts are copied they sometimes develop permutations, which is why Christina doesn’t feel any affinity to Dolores, especially her dark side. Devastated, Christina walks into her bathroom, fills the tub, and drowns herself. It’s a powerful scene, not least because after she drowns, Christina opens her eyes, then sits up, and knows for certain Teddy’s telling the truth.

They head to Olympiad, where Dolores orders someone to pull the fire alarm and tells everyone in the building to leave except the writers, who are commanded to destroy all of their stories. Next, she commands a security guard to open all the building’s doors. She’s the one who allowed Team Frubbs to infiltrate the building so easily shortly thereafter, although when Christina and Teddy pass by him, he doesn’t notice the door or the pair. His eyes of him are closed and he’s lost in thought of what Hale’s about to do, perhaps.

When they escape Olympiad, William has already started his game. Everyone is fighting each other, and Christina’s newfound reality-control powers don’t work. No one fighting can even see her because, as Teddy explains, “The world is real. You’re not.”

Unless Teddy and Christina are ghosts, which I finally rather unlikely, my read on this is that Christina has been in an exact replica of the real world, where her stories became the narrative paths the humans were forced to stay on. And when she learned she could control the people of her simulated world with just her words from her, the people of the real world had to follow her orders from her as well; she was overwriting their narratives. But William’s takeover of the Tower has overwritten Christina’s powers and her narratives de ella, meaning the simulation Christina and Teddy are in no longer has the ability to shape the real world, which has returned into chaos and violence. (I think.)

“Metanoia” flies by, the story arcs that have stayed so separate through most of the season finally colliding together. But now the show’s game has, quite literally, changed. The war with Hale came to an unceremonious end. She, Maeve, and Bernard are…perhaps dead. And the Man in Black, his hat de él returned to his head, strides away from the Tower as it explodes, presumably preventing anyone from giving the people of the city a command to stop trying to kill each other.

Now that it’s pulled the rug out from under season four’s main storyline, Westworld going to need a very satisfying story in its place. And it must give us answers to some of the questions the show’s been dodging so far, like, what is Bernard up to? Sometimes he says he can save the world, sometimes he knows a certain path to victory, this time he says he’ll be able to save a small part of civilization at best. Sometimes he knows everything, but other times he can only guess. He said every scenario ends with him dying, but he also told Stubbs he was going to die, and he is, for the moment, still alive. It’s almost like his knowledge of what’s going to happen keeps changi—oh. Oh. oh.

Want more io9 news? Check out when to expect the latest Marvel and starwars releases, what’s next for the DC Universe on film and TVand everything you need to know about House of the Dragon and Lord of the Rings: The Rings of Power.

admin
See also  'What if ... from Marvel?' Marvel Legends figures anticipate a multiverse of possibilities