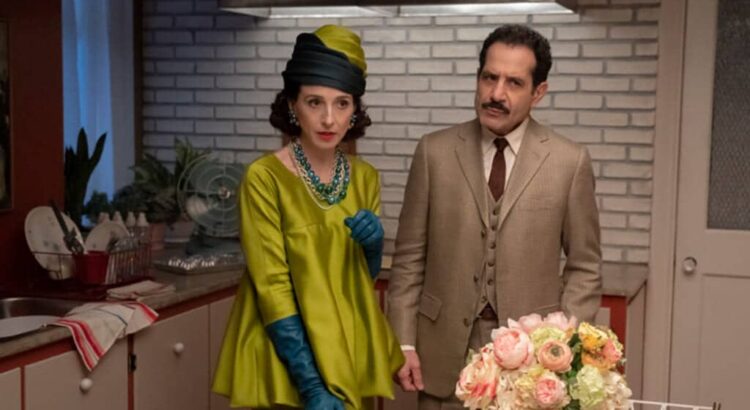 A version of this story about Alex Borstein and Tony Shalhoub of “The Marvelous Mrs. Maisel” first appeared in the Down to the Wire: Comedy issue of The Wrap’s awards magazine.

Of the nine actors nominated for Emmys during the first four seasons of “The Marvelous Mrs. Maisel,” two have joined series star Rachel Brosnahan in being nominated every year: Tony Shalhoub, who plays Midge’s father, Abe Weissman, and has four nominations and to win to show for it; and Alex Borstein, who plays Midge’s fiery manager, Susie Myerson, and has four noms and two wins.

They’re both back again in 2022, and it’s a bittersweet moment because it comes in the middle of filming the fifth and final season of “Mrs. Maisel,” Amy Sherman-Palladino and Dan Palladino’s Amazon Prime Video show about a divorced young mother who becomes an aspiring comedian in late 1950s and early ’60s New York City. “It’s painful, I can’t dwell on it,” Shalhoub said. “We captured something rare, and it’s going to be very, very hard to say goodbye to it.”

For Shalhoub, who won three Emmys for “Monk” between 2003 and 2006 and a Tony for “The Band’s Visit” in 2018, the trickiest part of Season 4 of Maisel was contending with the new career path for Abe, who has gone from being a college math professor to the theater critic of the Village Voice for next to no money.

“In a lot of ways, the men of this particular period were lifers in terms of their careers,” he said. “Not like today. I was just talking about one of my daughters, who’s had probably seven or eight different jobs in the last 10 or 12 years. They move around so much, whereas during the period of our show, people walked into a job or a career and they hung with it. Certainly my father did, and all my friends’ parents did. For a man of Abe’s time and of age making such a drastic shift, I did not see it coming.” 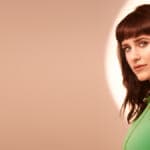 Shalhoub finds it amusing that Abe is now a theater critic, since he began his own career in theater and found that he had to stop reading critics: “At a certain point I took such a beating from the critics that I had to wean myself off them,” he said. But a bigger adjustment was in the mindset of Abe, who found that he was no longer the breadwinner at a time when men virtually always tried to fill that position.

See also  A few months after the release of the sequel, Netflix is ​​still trying to get hold of 'Daggers in the back'

“He’s taken this new position and a massive pay cut, and he’s become dependent on his daughter,” he said. “There’s been a huge role reversal. And so for me, the challenge was finding that balance between not losing the core of Abe but also giving over to not being the breadwinner or the caretaker anymore.”

Borstein, meanwhile, found herself in typically desperate straits as the season began: Susie and Midge had been fired on the tarmac at the beginning of what would have been a huge worldwide tour, and she’s scrambling to keep things together.

“Of course you want Midge to achieve success and Susie to have some financial stability,” she said. “But I think she’s most interesting when she’s hungry. It keeps her on her toes and she works harder. She really was pretending to be a manager for a long time, and then it turned into reality and then she just keeps faking it. And I like that she was never able to get ahead of herself. You’re watching her create her path de ella as she goes.

She laughed. “I think a comfortable Susie might be boring.” 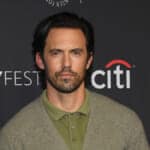 The toughest part of Season 4, she said, came in a wrenching episode in which Susie eulogized Jackie, her platonic roommate and the emcee at the Gaslight club, who died suddenly. The unexpected plot line came because Brian Tarantina, the actor who played Jackie, died at the age of 60.

“We lost one of our actors and I also lost a friend,” she said. “The timing of that particular episode was fortuitous but also really difficult at the same time. It was something that I needed and a lot of us needed, but it was really difficult. It was, it was a very charged day, and very hard. There was so much going on with me personally that I was afraid, ‘Will I be able to reel it in? Will I be able to make any choices? Or is it just gonna get away from me?’ It was a big, big day.”

See also  Married at First Sight: What Happened to Jaclyn Schwartzberg After Season 6

“The Marvelous Mrs. Maisel” takes place in an era in which women had to struggle to have their voices heard and to exercise much agency in their own lives — but, Borstein said, it’s not lost on her or the rest of the cast that there are forces in 2022 pushing women’s rights toward the past. “Not a day goes by that we don’t joke darkly that we probably have fewer rights today than these women did then,” she said. “I mean, it’s madness. We really have less room to breathe now than they did back then.

“But anytime you have a show on the air that has so many big, loud boisterous women that run the show, even if it’s in the background in your home while you’re folding laundry, it does make a difference. And I think people do take notice.”