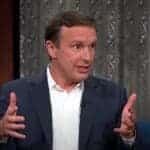 ”It’s clearly not going to be enough to stop the flood of disinformation about our elections being stolen,” one legal expert told TheWrap

Not only was it a clear-cut case, but Jones lost on a default judgment when his legal team failed to provide critical information. Nonetheless, the large damages award is a step in the right direction for condemning disinformation – at least when defamation applies – legal experts tell TheWrap.

“It’s not easy to stop people from lying, given our commitment to the First Amendment,” UCLA law professor Richard L. Hasen said. “But the Jones case shows that when when people lie deliberately, and they do so maliciously in a way that harms people’s reputations, that the courts are willing to step up. And that’s what a jury did in the Jones case.”

Hasen, who wrote “Cheap Speech: How Disinformation Poisons Our Politics — and How to Cure It,” said the route of defamation might be useful to combat disinformation in some cases, such as claims of election fraud against voting machine company Dominion Voting Systems, which has taken action to sue conservative outlets foxnews, Newsmax and One America News for their reporting about the machines’ security and integrity.

“We know that even the threat of litigation caused these companies to change what they said about specific individuals, or about specific companies,” Hasen said. “So as a remedy for those people or companies, this can be helpful.”

While defamation is proving to be a “useful tool” to combat specific false claims relating to the 2020 election, Hasen says this legal route is “clearly not going to be enough to stop the flood of disinformation about our elections being stolen.”

Since defamation cases must prove that the defendant maligned an individual or entity’s reputation by intentionally spreading claims they knew were false or spread them “with reckless disregard of whether it was false or not,” there is no defamation solution to general falsities, such as claims that the 2020 election was stolen or that climate change is a hoax. 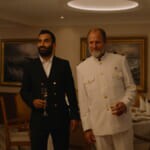 The problem lies in the impossibility of condemning disinformation as unconstitutional, as U.Va. law professor Fred Schauer notes that what most call “disinformation” is “constitutionally protected in most circumstances” — the exceptions being commercial transactions and defamation (slander and libel). In fact, “[disinformation and fake news] is not really a legally established category under American law,” according to UCLA law professor Eugene Volokh, who specializes in First Amendment law.

“[Defamation] [is]… not primarily about damages for deceiving the public,” Volokh said. “It’s not about … damage to public understanding of important events. It’s not about disinformation at large, it’s about full statements and damaged reputation of a particular person or persons. So, in this respect, the Alex Jones verdict is nothing new.”

According to Volokh, the law was seen as a “huge protection for free press” and a major improvement from the English law of seditious libel, which punished any public statement that “threatened to undermine respect for the government, laws or public officials.”

However, following the 1964 decision in New York Times v. Sullivan, which limited the ability of public officials to sue for defamation, the Sedition Act could no longer be prosecuted in the US 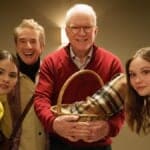 So while Volokh foresees the possibility that plaintiffs and lawyers alike might be emboldened to pursue defamation cases against figures on the left and the right — as well as “online personalities,” given the large damages set in Jones’ case — the verdict will not create a clear route for prosecuting disinformation that does not harm a particular individual or entity.

“They’ll be somewhat more likely to bring these lawsuits because it’ll be … prominent in their minds that this lawsuit had prevailed,” Volokh said. “But it’s not like it sets a precedent that changes the legal landscape.”

What then are legal routes forward to combatting disinformation—if there are any?

“The American free speech tradition [and] legal doctrine … has been that whatever dangers there are about misinformation in general, especially in the political and ideological realm, are less dangerous than having some government agency or court decide what’s true and what’s false,” Schauer said. “And that’s the American tradition. I don’t see any likelihood, with the current courts, that that’s going to [change].”

In the absence of a clear legal route, the American tradition, encouraged by the First Amendment, is that “if there’s misinformation out there, that others should respond to it in the so-called marketplace of ideas.”

As for whether Schauer thinks the marketplace of ideas might be enough to tackle disinformation, he says, “Probably not, but that doesn’t mean that we ought to do something about it.”

“’What’s the power of truth? Which ideas stick and which don’t? Which ideas don’t stick?’ is only slightly a function of truth and falsity … It’s discouraging,” Schauer said. “But that’s the system that we’ve got and is very unlikely to change.”