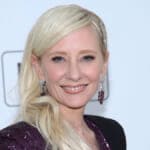 A Venice salon owner says he had a pleasant encounter with a “coherent” Anne Heche – she even bought a red wig and some supplies from him – about 20 minutes before slamming her car into a home and landing in a coma, according to the man .

Richard Glass, founder of Glass Hair Design, posed for a photo with Heche that he says is time-stamped for around 10:35 am Friday. Police tell TheWrap that the first call about a car hitting a house in Mar Vista came just a few minutes before 11 am that day.

Glass says Heche – who is being investigated for possible DUI – seemed “sweet,” sober and coherent. His photo of her shows the red wig she bought for $125, which could later be seen sitting on the passenger seat of her Mini Cooper in photos posted on TMZ.

“I was just so taken aback, and I was like… what happened?,” Glass told KTLA (watch below). “Because like I said, she didn’t seem impaired to me.”

Glass’ shop is a few miles from the scene of Heche’s crash, a drive Google Maps estimates would take around 15 minutes. Before slamming into the house, witnesses saw Heche sideswipe a garage at an apartment building, briefly become stuck there, and speed away after getting free.

“I posted the image and not even an hour later it started blowing up,” Glass told the new york post, noting at the time it was just a “random celebrity” sighting. “I didn’t expect — or suspect — anything at all.” 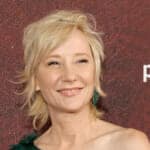 Police said they have opened a DUI investigation and obtained a warrant for a blood sample, but that it would take weeks to process. in the same photo showing the wig, a liquor bottle can be seen in the vehicle’s cup holder.

Heche was rescued after several excruciating minutes of being pinned in her car, which was trapped inside the burning house. She was last reported in a coma with severe pulmonary injuries and burns.