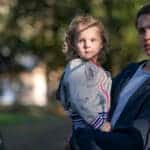 Ethan Coen has found the leads for what will be the Coen brother’s first film project as a solo director, casting Margaret Qualley and Geraldine Viswanathan to star, an individual with knowledge of the project told TheWrap.

As of now, plot details are being kept under wraps. Coen wrote the film’s script with his wife, Tricia Cooke, and the plan is for the untitled film to begin shooting this fall.

Qualley is Emmy-nominated this year for her work in the miniseries “Maid,” and she will also next be seen in “Stars at Noon,” which premiered at Cannes, and “Sanctuary,” which premieres at TIFF next month. She’s also attached to star in the next film from Yorgos Lanthimos, “Poor Things.”

Viswanathan on the film side was last seen in the rom-com “The Broken Hearts Gallery,” and she’ll next star in “The Beanie Bubble” about the boom of Beanie Babies for Apple.

Coen’s last movie, which he directed with his brother Joel, was “The Ballad of Buster Scruggs” from 2018. The two had directed and written virtually all of their films together dating back to “Blood Simple” in 1984, and they’ve been behind classics like “Fargo,” “No Country For Old Men,” “Inside Llewyn Davis,” “The Big Lebowski” and many more.

Ethan and Joel also did not work together on Joel Coen’s “The Tragedy of Macbeth” film last year. Ethan said in a 2019 interview that he was “giving movies a rest” to focus on his solo theater writing. 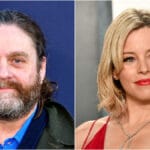