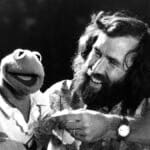 It’s time to light the lights.

The Jim Henson Company and Shout! Factory have announced a worldwide distribution deal to bring 13 of Henson’s popular series and specials to streaming, broadcast, and home distribution entertainment platforms across all territories, including the global AVOD premiere of Henson’s award-winning “Farscape.”

While “Farscape,” Henson’s original sci-fi series that ran for 88 episodes and mixed human performers with puppet characters, and the miniseires, “Farscape: The Peacemaker Wars,” which served as the series’ conclusion, are the biggest draws of this new arrangement, there are plenty of other titles to get excited about (especially if you’re a longtime Henson-head). Also included as part of the deal are “The Storyteller” and its spin-off series “The Storyteller: Greek Myths,” arguably two of the greatest series Henson ever produced, alongside more obscure titles like “Jim Henson’s World of Puppetry,” a six-part documentary series that goes behind the craft of puppeteering, and the short-lived, visually striking “The Ghost of Faffner Hall,” which ran on HBO in the United States in 1989.

Additionally, “Dog City,” “Living with Dinosaurs,” “Lighthouse Island” and “Monster Maker,” all of which appeared on the short-lived, Henson-hosted anthology series “The Jim Henson Hour,” will appear as part of the deal. (The Muppet-led sections of the show are still controlled by Disney.) We imagine the beautiful, at the time cutting edge “Song of the Cloud Forest,” another standout from “The Jim Henson Hour” will also be included.

See also  Why Apple has discontinued the iMac Pro

This multiyear distribution deal provides Shout! Factory and its ad-supported streaming service Shout! Factory TV with all worldwide rights, including broadcast, streaming, on-demand, home entertainment and non-theatrical rights. The productions listed above will be supported with a long-term growth strategy that entails streaming media initiatives, content syndication and packaged media (Blu-ray/DVD). (Shout! Factory is one of the best, most exciting home video labels currently in operation.) As part of the announcement, Shout! and Henson have promised “additional activities and news” in the months ahead. 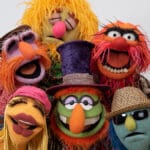