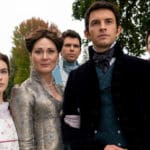 Reps for “Hamilton” are considering their options against a church in Texas that staged an unauthorized production of the Tony-winning musical on Aug. 5, which fans report contained the addition of religious and anti-gay messages.

Although the pastor of The Door Church in McAllen, Texas, told the Dallas Morning News that he had obtained permission to stage the musical, a spokesperson for “Hamilton” said that was not true.

“’Hamilton’ does not grant amateur or professional licenses for any stage productions and did not grant one to The Door Church,” Shane Marshall Brown, a spokesman for “Hamilton,” told the TheWrap via a statement on Tuesday.

After issuing a cease-and-desist letter to the church for the unauthorized use of intellectual property, Brown allowed the second night’s show to go on, as long as the show was not live-streamed or recorded and no photos or videos were shared of the production. The statement also read, “We would be discussing this matter with the parties behind this unauthorized production within the coming days once all facts are properly vetted.”

CNN shared clips from the production, including one in which a character tells Alexander Hamilton, “God is the only one who can help you right now.” They also include a moment from Pastor Roman Gutierrez’s post-show sermon, in which he says, “Maybe you struggle with alcohol, with drugs, with homosexuality, maybe you struggle with other things in life, your finances, whatever, God can help you tonight. He wants to forgive you for your sins.”

Brown wrote, “The ‘Hamilton’ family stands for tolerance, compassion, inclusivity and certainly LGBTQ+ rights. We are in the process of reviewing the unauthorized changes made to the script to determine further action.”

Howard Sherman of the Baruch Performing Arts Center in New York also shared reports of the unauthorized production, commenting on Facebook, “They changed text and tacked on a sermon including anti-LGBTQ message… LGBTQ lives are NOT sinful. Addictions are not sins but illnesses. This church cannot be allowed to deploy ‘Hamilton’ as a tool to spread messages that are contrary to the messages of Hamilton, of musicals, of theater and they cannot be allowed to take artists’ work for their own ends.”

Gutierrez told the Dallas Morning News that, despite his comments in his sermon on August 6, his church is not anti-LGBTQ and “everyone is always welcome.” 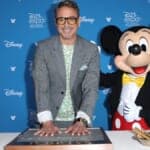