‘The Bachelorette’ Gets Monday’s Primetime Ratings Rose for ABC 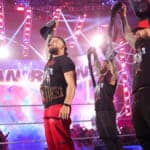 The ABC broadcast, which is in its 19th (!) season, delivered major drama among its contestants last night as it scored a 0.7 rating in the highly-coveted 18-49 demographic. The episode was also the most-watched overall primetime offer with 3.3 million total viewers, though ABC was not the most-watched network overall.

That Monday night honor belongs to CBS, which narrowly edged out ABC for the most total average viewers during primetime with 2.85 million. Never underestimate the power of a CBS sitcom and procedural.

Here’s how the rest of primetime went down across the major broadcast networks:

CBS was tied for second in the ratings with an average 0.3 rating in the advertiser-friendly demo, but first in total average viewers with 2.85 million. Reruns of sitcoms and procedural dramas led the way with “The Neighborhood” (0.3, 3.1 million), “Bob Hearts Abishola” (0.3, 2.7 million), “NCIS” (0.3, 3.0 million) and “NCIS: Hawaii” (0.2 , 2.6 million) all performing well on the night. CBS was the only broadcast network to air four titles during primetime. 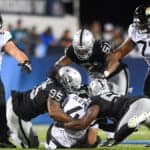 There must have been something in the water Monday night, because Fox was the third broadcast network to draw an average demo rating of 0.3 while also collecting 1.9 million total average viewers. The network relied on musical reality competition series with “Don’t Forget the Lyrics” singing to the tune of a 0.3 demo score and 1.9 million total viewers at 8. At 9, “Beat Shazam” shuffled to a 0.3 rating and 1.8 million total viewers.

Neither Fox nor The CW airs primetime programming at 10 pm

Among the Spanish-language networks, Telemundo was tied in the demo ratings with an average score of 0.4, but came out ahead in total average viewership with 1.4 million. “Casa de Famosos,” which ran from 7 pm to 10 pm, earned a 0.5 demo rating and 1.6 million total average viewers. “Infiel: Historia de un Engaño” followed with a 0.2 rating and 938,000 total viewers. 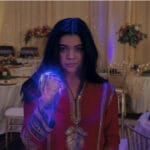