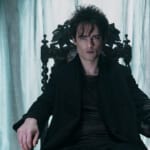 “The Sandman” and “Purple Hearts” led the Netflix Top 10 for the week of Aug. 1–Aug. 7 in the English shows and movies categories, respectively.

The former project, an adaptation of the 1989 comic book franchise of the same name, debuted toward the latter half of the week and drew 69.48 million hours viewed. Spanning 10 episodes, the dark fantasy stars Tom Sturridge as the title character, also known as Dream, a cosmic being who must traverse various worlds and timelines in order to repair the chaos left in the wake of his imprisonment. The show reached the Top 10 in 89 countries.

“Purple Hearts,” released July 29, topped the English films list with nearly 102.6 million hours viewed, making it the most-watched title of the week. Starring Sofia Carson as a struggling singer-songwriter and Nicholas Galitzine as a troubled Marine, the romantic drama appeared in the Top 10 in 93 countries.

Other notable entries included “Keep Breathing,” the survival limited series starring Melissa Barrera, which drew in 54.73 million viewing hours in its second week on the Top 10. New debut “Uncoupled,” starring Neil Patrick Harris, sat at No. 6 with 26.52 million hours viewed. On the film side, “The Gray Man” notched an additional 38.9 million viewing hours in its third week. “Uncharted,” the Tom Holland-starring adventure film based on the video game series of the same name, reached 20.65 million hours viewed following its debut on the streamer Aug. 5. 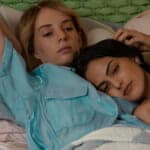