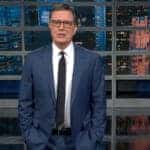 Trevor Noah was rendered speechless by a visual of Rep. Marjorie Taylor Greene praying with an actor pretending to be a jailed Jan. 6 rioter at the Conservative Political Action Conference over the weekend.

During Monday’s episode of “The Daily Show,” the late night host aired a clip from a local news station, showing off a performance art piece at the convention, featuring a man acting as one of the insurrectionists who has been arrested.

He wrote “I used to have a name” on a chalk board before weeping. However, the part of the segment that confused Noah the most was the clip of Greene kneeling before the man and saying a prayer.

“Wait…. Help me understand the logic here,” he said. “Marjorie Taylor Greene is praying for a fake prisoner? This is a real thing, and she’s serious. Who is this lady? America, do you understand this is a person who’s actually part of running your country?”

Noah also joked about how the congresswoman might respond to other forms of performance art: “How does she function in the world? She it’s a fake prisoner! She must have the hardest time at Broadway shows. ‘They killed Hamilton!’”

In her defense, Noah conceded that the actor seemed “really committed to the role.” 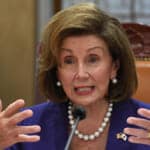 “Apparently he has spent hours in that jail cell weeping, which in a way is powerful performance art,” he continued. “Isn’t that what conservatism has turned to in America? Just people in MAGA hats acting like they’re victims? ‘There’s fewer white people now than there used to be, but we still have all the power.’”

Noah had a hard time keeping it together during this bit, but the part that really sent him over the edge was when the news segment reported that onlookers were throwing money into the actor’s jail cell as they watched the performance.

“What is that? The only way they know how to interact with art is the same way they interact with strippers?” he said. “Just like, ‘Your freedom has been stolen from you. Shake that ass.’”

You can watch the full segment in the video above. 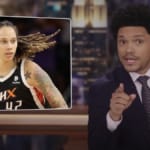