‘Tuesday of the Jaguar’ is left without Alito: federal judge orders Layda Sansores not to broadcast her audios 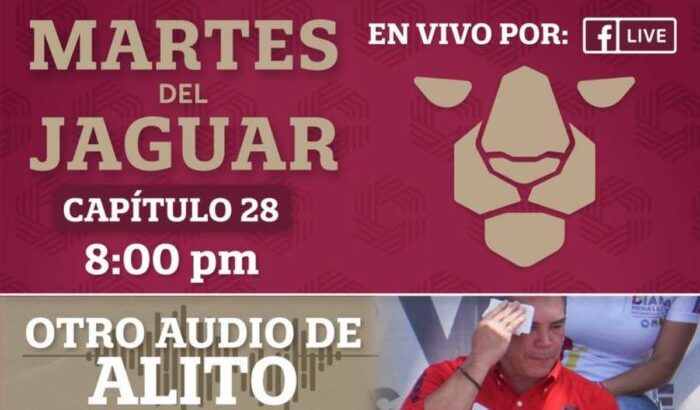 The national president of the PRI, Alejandro Moreno Cárdenas, “Alito”, managed to get the program of the governor of Campeche, Layda Sansores, called “Tuesday of the Jaguar”, stop broadcasting audios of your conversations with third partiesthanks to a court ruling.

The order was issued by the Sixteenth District Judge in Administrative Matters of Mexico City, Gabriel Regis López, granting an indefinite suspension to Alejandro Cárdenas so that the governor of Campeche refrains from broadcasting audios and images that threaten the ” dignity” of the PRI leader who has been exposed negotiating alleged bribes, orchestrating attacks against journalists and requesting money from businessmen for electoral campaigns.

According to the amparo file 938/2022, the appeal of “Alito” ichallenged the dissemination of audios, statements, demonstrations and comments referring to her person by the governor of Campeche, which he sent, published and disseminated through the official social networks of the government of Campeche, mainly the program that he broadcasts on the state television station, called “The Tuesday of the Jaguar”.

The argument of the imparter of justice is that the dissemination of the audios of “Alito” Moreno by Layda Sansores It is not part of her work as a state representative, in addition to the image and honor of the PRI leader being affected.

The complainant is granted the definitive suspension requested so that the responsible authorities refrain from disseminating information and making statements, statements or comments in relation to the complainant, whose nature is the same or similar to that of the acts claimed, unless they derive from the strict exercise of the powers that by constitutional and legal provisions that correspond to them to carry out, states the resolution.

The defense of “Alito” also requested to remove from the Internet the publications of the government of Campeche and Governor Layda Sansores that alluded to him for his statements in the aforementioned recordingsbut in this case the definitive suspension was denied, since the aforementioned publications had been previously eliminated.

The judge in the case clarified that the suspension only applies to the Campeche authorities and not to the media, so The right to freedom of expression or the right to information of individuals is not affected, who can still consult the material removed from official networks in other sources or information channels.

It is also clarified that the governor of Campeche and all her officials related to Social Communication or the state public radio and television, you can continue talking about “Alito” in your personal lifethat is to say, that the definitive suspension does not mean that the responsible authorities are prohibited from issuing their opinion in a strictly regarding the complainant due to the character of public figure that he holds, as long as they do so without using official means or channels of the government of Campeche.

The governor, Layda Sansores, can challenge said resolution, so again a court would have to intervene collegiate.