Darryl Hunt, Bassist for The Pogues, Dies at 72 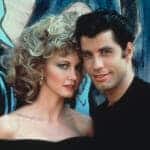 Darryl Hunt, the former bass guitarist for Irish punk band The Pogues, has died, the band announced on social media on Tuesday. He was 72.

“We are saddened beyond words. Our Darryl passed away yesterday afternoon in London,” the message posted to Twitter, Instagram and the band’s official site read.

The remembrance quoted from one of the songs Hunt wrote, “I Love You Till the End,” which appeared on the band’s seventh and final studio album, “Pogue Mahone.” The song was used in the 1999 sports comedy “Mystery, Alaska,” the Richard LaGravenese 2007’s film “PS I Love You,” and a 2006 episode of “The OC”

Hunt, who died Monday in London, was born in Christchurch, Hampshire (now Dorset) in England on May 4, 1950. He joined his first band in 1973, The Brother Creepers, who were later known as Plummet Airlines. Before signing on as The Pogues’ bassist in 1986, he formed his own punk band, The Favourites.

A fan shared an excerpt to Twitter from a book that it was Hunt, the “nicest” of the groupwho told lead singer Shane MacGowan that they were kicking him out of the band in 1991.

Hunt is also featured in the music video for “Fairytale of New York,” the band’s enduringly cynical Christmas song, on which MacGowan was joined on vocals by Kirsty MacColl.

The Pogues were founded in Kings Cross, London in 1982, and were first known as “Pogue Mahone,” which means “kiss my ass” in Gaelic.