Militarization increases the risk of violation of the rights of indigenous peoples and women, warns Irma Pineda 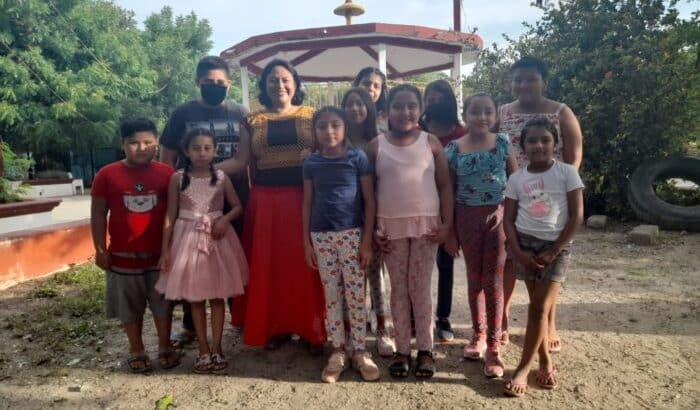 Juchitán, Oax.- The poet originally from Juchitán and representative of the indigenous peoples before the UN, Irma Pineda, expressed her concern about the growing militarization that exists in the Isthmus of Tehuantepec, with the Interoceanic Corridor and the differentiated risks that this implies for women in the face of sexual violence.

Within the framework of the International Day of Indigenous Peoples and in the face of President Andrés Manuel López Obrador’s statement that there is more than 80% trust in the Army, the daughter of Víctor Yodo, Zapotec social fighter who disappeared forcibly by the military for more than 40 years, assured that those Surveys were not conducted in communities or indigenous peoples.

As representative of the indigenous peoples before the UN, Irma Pineda assured that, as has happened in other periods and in other regions, militarization results in murders, imprisonment and enforced disappearancebut the most notable is violence against women.

“Let us remember that there have been several complaints of indigenous women who have been raped by soldiers, and there are also reports of 12-year-old girls having babiesbecause they were raped by the soldiers and elderly women over 70 who also died from the rape of the soldiers”.

“We want to warn our concern as indigenous peoples regarding the growing militarization in the areas where the Mayan Train and the Interoceanic Train are being developed, the training that the Army has involves a good part in the violation of human rights, although there is no mention of real way of this, we know it from people who have been in the military and have told it”.

The writer of “Red Desire”, one of her most illustrious works, called for constant action to accompany the processes of struggle of indigenous peoples in defense of the territory.

“It is urgent to take action, and that we are less discriminatory, less racist and exercise acts of love.”

Finally, Pineda stressed that we must not forget that the Indigenous villages have been victims of various forms of discrimination, racism and repression, particularly when they have raised their voices in defense of their territory, their environment, which has resulted in murders, disappearances and unjustified imprisonment.