The 25 Best Antonio Banderas Movies You Must See 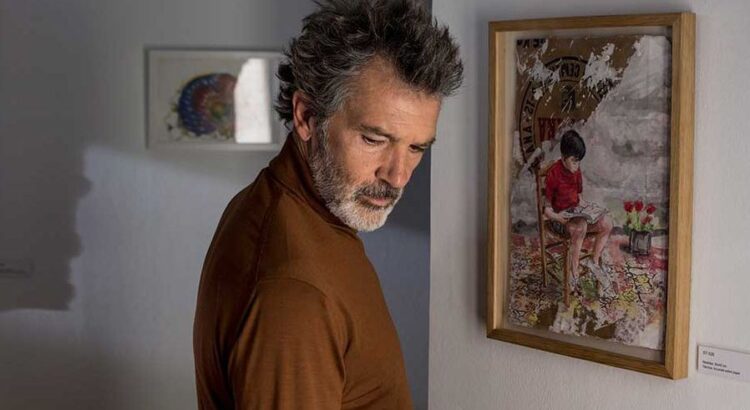 With a filmography of more than one hundred titles and including directors such as Alan Parker, Woody Allen, Steven Soderbergh, Neil Jordan or Robert Rodríguez, AAntonio Banderas He is one of the best valued Spanish actors at an international level. He is birthday today 61 years and we celebrate it reviewing a meteoric career in which, inevitably, there is a name that stands out above everything and everyone: Pedro Almodóvar.

Among the actor’s upcoming projects is ‘Indiana Jones 5’, a new installment in the Harrison Ford saga, this time directed by James Mangold and in which he will share the bill with Phoebe Waller-Bridge, Mads Mikkelsen, Boyd Holbrook and Shaunette Renée Wilson.

He had practically just arrived in Madrid from his native Malaga when Pedro Almodóvar gave him his first opportunity in his second film, starring Cecilia Roth and Imanol Arias and one of the greatest exponents of the so-called Madrid scene.

Second collaboration with the director from La Mancha for which he obtained his first Goya nomination for Best Supporting Actor. It was also his first film with Carmen Maura, Chus Lampreave, Eusebio Poncela or Julieta Serrano.

The actor repeated with Eusebio Poncela and Carmen Maura in one of the most transgressive and best valued films by Almodóvar, for which he was nominated for the Silver Frames.

‘Women on the verge of a nervous breakdown’ (Pedro Almodóvar, 1988(

Winner of five Goya Awards and nominated for an Oscar, the iconic comedy awarded him the Fotogramas de Plata for Best Film Actor.

It garnered the most Goya Award nominations (without getting any) and was one of Antonio’s last films before making the leap to Hollywood. Candidate for the Golden Bear at the Berlinale, it features one of the most iconic sequences in Almodóvar’s cinema: Banderas, Victoria Abril and Loles León singing ‘Resistiré’ in a car.

First film in English (he barely spoke it at the time) by Antonio Banderas in which he played Néstor Castillo, a Cuban musician who fled Havana after a confrontation with gangsters from the club where he worked.

His participation in this film that revolves around HIV and for which Tom Hanks won the Oscar for Best Leading Actor is moving.

Brad Pitt, Tom Cruise and a very young Kirsten Dunst accompanied him in the adaptation of Anne Rice’s novel in which he played the vampire Armand.

Sequel to ‘El mariachi’ with Salma Hayek and that started with the song that he himself sang and that became a success.

Although he did not receive too many good reviews, Antonio was nominated for a Goya for his performance as two “twins” who tried to conquer Daryl Hannah and Melanie Griffith, whom he met during filming and with whom he was married until 2014.

The adaptation of the musical by Andrew Lloyd Webber and Tim Rice, directed by the recently deceased Alan Parker, reunited Banderas with Madonna years after their meeting during a party organized by Almodóvar in Madrid and that the singer reflected in the documentary ‘En la bed with Madonna’.

The film based on the legendary character, in which he shared the bill with Catherine Zeta-Jones, definitively established Banderas in Hollywood.

tour de force with Morgan Freeman in which he played a petty thief who knew the streets of New York like the back of his hand.

The actor reunited with Almodóvar in the sinister adaptation of Thierry Jonquet’s novel ‘Tarántula’ with Elena Anaya, which won four Goyas, a BAFTA and a Fotogramas de Plata.

Well-deserved spin off of the character that appeared in several installments of ‘Shrek’ to which the actor lent his voice.

Antonio joined the franchise starring Sylvester Stallone in the third installment, where they had to face an enemy of the group.

We have little left to say about Almodóvar’s latest film. His interpretation of the alter ego of the filmmaker from La Mancha gave him his first Oscar nomination. One of his most acclaimed characters internationally.

He brought Ramón Fonseca to life in this Netflix film based on the investigation of the Panama Papers and which brought together Meryl Streep, Gary Oldman, James Cromwell…

One of his latest works has been to embody the King of the Pirates in this new installment of the saga starring the character created by Robert Downey Jr.