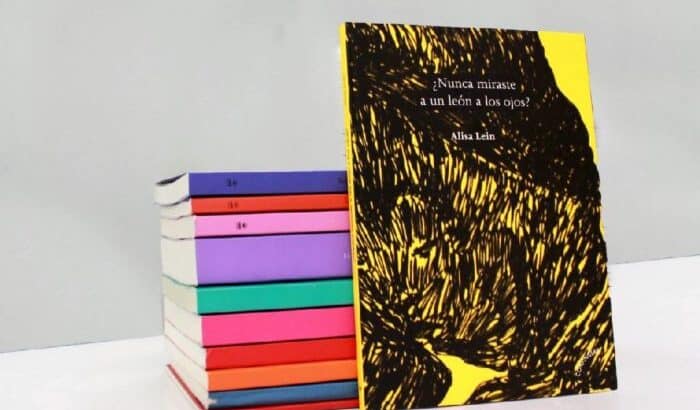 The National Institute of Fine Arts and Literature announced that the winner of the Nellie Campobello Hispanic American Short Story Fine Arts Award 2022 is the Argentine writer Alisa Leinfor his storybook Have you ever looked a lion in the eye? (2021).

In a virtual ceremony, the jury, made up of the writers Lilian Lopez Camberos, Ricardo Sigala Y Jesus Alvaradounanimously recognized the narrative work of the author Alisa Lein, originally from Rosario, Argentina, is the first author from her country to receive this recognition.

According to the jury, Have you ever looked a lion in the eye? is a text characterized by the construction of a narrative universe punctuated by a clever proseworked, with hypnotic edges.

The stories acknowledge the artificial border between the fantastic genre and what we know as realismand in that liminal zone they dedicate themselves above all to observing and accompanying the inner processes of their characters.

The work also dialogues with the Hispano-American storytelling tradition, and presents a unity that goes beyond the thematic or the anecdotal: there is a look, a posture and a literary proposal.

Stories that are rarefied to transform

The author pointed out that it is a book that deals mainly with the fears and wishes. In that sense, he added that the set of stories that compose it, “are stories that are rarefied to transform, so that the reader can add their own meaning to each of the stories.

“I am interested in that in this transformation a gap is opened so that the reader adds his own subjectivity and completes the meaning of what is narrated.”

See also  Can Movie Theaters Move Past the Blockbuster-or-Bust Era?

“I work hard on the writing and editing of each story, always taking risks and stepping on swampy ground to find out what the story is and what its form is. That a jury values ​​my way of narrating great courage to return, again and again, to sink into the mud of that search, ”she stressed.

The also architect stressed that the figure of Nellie Campobello in Latin American letters is fundamental for the narrative genre, because, through her literature, the author from Durango shows the way to describe everything with sensitivity, in a free way and without pre-established genres.

“Nellie Campobello narrates the unspeakable. She divests herself of the moral gaze to, precisely from there, narrate cruelties and atrocities. Nellie Campobello can narrate the smile of the executed man with the same candor that she narrates a theft of watermelons. She does not denounce: she narrates and moves, ”she remarked.

Alisa Lein (Argentina, December 18, 1973) is an architect graduated from the National University of Rosario (UNR) and combines her literary work with the development of her profession independently. She has published the storybooks A history of alfajores and chitterlings (2019) and Have you ever looked a lion in the eye? (2021), as well as in different anthologies and literary magazines.