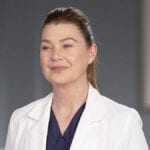 In a photo shared on Instagram by James Pickens Jr., who plays former Chief of Surgery Dr. Richard Webber, the interns pose in their blues with the veteran surgeon. The new team of residents will be played by Niko Terho, Adelaide Kane, Midori Francis, Harry Shum Jr., and Alexis Floyd.

“Let’s give a warm welcome to the new Interns of the Grey’s family, excited for season 19,” Pickens Jr. wrote in the caption.

They were indeed given a friendly welcome from several of their cast mates in the comments, including Kim Raver (who plays Teddy Altman), who wrote: “YESSSSS!!”

Jake Borelli, who starred as one of the former surgical residents at Gray Sloan, commented that the photo made him “so happy.” Borelli’s character Levi Schmitt and his fellow residents were forced to transfer at the end of Season 18 after the hospital lost its teaching accreditation. It’s unclear if he’ll be joining the cast again for Season 19.

It seems this new crop of residents will be helping the doctors rebuild the program after a string of high-profile missteps that force the current class of residents to pack up their lockers. 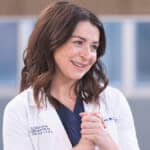