Infowars Host: Fox News Sounds Like Infowars More Than Ever 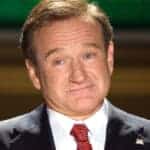 Fox News “sounds more like Infowars” than ever before, according to Infowars host Owen Shroyer.

Shroyer, who hosts “The War Room With Owen Shroyer,” attributed the similarity to the “raid” of Mar-a-Lago that “really that pushed the Overton window that far,” a political science term that references an acceptable, mainstream range politicians can act within.

The host sees this alignment as “a great victory” that means “the reinforcements arriving” and “the truth finally rising to the top,” despite what Shroyer calls attempts to “bully, intimidate and terrorize people from speaking the truth” from the American left.

The Infowars host concluded by calling the website “ground-breaking” and noted that “it is Infowars that’s been set for destruction.” 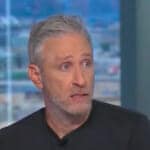 Watch the whole Infowars segment at the bottom of this post.

Shroyer, who was charged in connection for the Jan. 6 Capitol riot, witnessed in founder Alex Jones’ Sandy Hook trial a couple months ago.

Last week, Jones was ordered to pay nearly $50 million in compensatory and punitive damages to a family of victims of the Sandy Hook shooting for claiming that the massacre was a hoax.