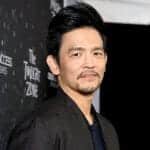 “Inu-Oh” was reviewed by TheWrap out of the 2021 Venice Film Festival.

The competition may be fierce, but it’s probably safe to say that Masaaki Yuasa’s “Inu-Oh” is the best feudal-Japanese-hair-metal-demonic-curse-serial-killer-political-tragedy-rock-opera of the year. At least so far.

And if that sounds silly, that’s Masaaki Yuasa for you. The filmmaker is crafting an exhilarating career out of transforming oddball pitches into profound pop art, from the grotesquely beautiful “Devil Man Cry Baby” to the joyously earnest “Keep Your Hands Off Eizouken!” The stories he tells, like the intense and unhinged animation styles he employs, can barely be contained on the screen, and they have seemingly no interest in conforming to expectation.

So it’s fitting that “Inu-Oh” centers around art that inspires, that challenges, that defies. The film takes place in 14th century Japan, where a young blind boy named Tomona (voiced by Mirai Moriyama, “Samurai Marathon”) wanders away from his home in search of vengeance. To survive, he becomes a biwa player, and keeps oral traditions alive through the power of music.

Meanwhile, a young cursed boy — who has no name, but will come to be called Inu-oh (voiced by Avu-chan, lead singer of the fashion punk band Queen Bee) — has been living like an animal on the outskirts of society . Hidden behind a mask, his back covered in scales, with one arm at least six feet long, Inu-oh has been cursed since birth for reasons he cannot understand.

Tomona and Inu-oh meet in a land besieged by serial killings and decide, naturally, to start their own band. fusing the biwa storytelling style with pyrotechnic theatrics, sensual costuming, hard-rock riffs and an epic wail that could rival Freddie Mercury’s, they dare to tell tales of the Heike that have never been told before, defying both musical tradition and political mandate. 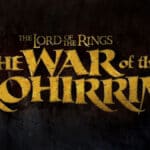 Yuasa could have had a marvelous career in live theater: “Inu-Oh” presents epic stage performances filled with wire work, lighting gimmicks and shadow play that would tear the house down in the 21st century, and watching how the band realizes these visions using contemporary technology is one of the film’s many visual treats.

See also  X-Men: A Lingering X Of Swords Thread Could Finally Be Dumped

That imagery brings to life a series of musical performances that pulse with a rare rock-opera energy, usually reserved for cult classics like “Streets of Fire.” Every song is gigantic, every beat hits hard, every story is overflowing. The mark of any great musical is when the audience leaves the theater and wants to run out and buy the soundtrack. (Curses, we’ll have to wait a while to own composer Yoshihide Ôtomo’s work here.) 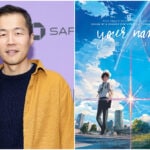 It’s fair to say that “Inu-Oh” takes more time than it needs to get to its headbanging musical performances, establishing multiple storylines with an ambiguity that, granted, pays off later, but they can be genuinely confusing at the moment. Thank goodness that once the bass kicks in there’s no turning back, and Yuasa’s film is—for most of the running time—nothing but fireworks.

Had it simply ended with its dazzling and brutal musical explosions, this film would have been wonderfully memorable, but the story has a few more beats to kick out, quite a few gut punches and very uncomfortable and important points to make. “Inu-Oh” is a story about using art to speak truth to power, but it’s not a story about how an anachronistically glam rock biwa act unified feudal Japan in the defiance of social traditions. It’s a story about why some stories go untold, and why some people tell them anyway, no matter what the cost. It’s a celebration and a tragedy, and they feed each other — and need each other — to survive.

“Inu-Oh” may get messy with its plotting, but that never dulls its impact. It’s a siren scream of a musical: angry and beautiful, rapturously animated and highly infectious.

See also  Attack On Titan: The Best Things Every Villain Did

“Inu-Oh” opens Friday in US theaters.