Kevin Federline Shares Video of Britney Spears Yelling at Sons, Says: “The Lies Have to Stop!” 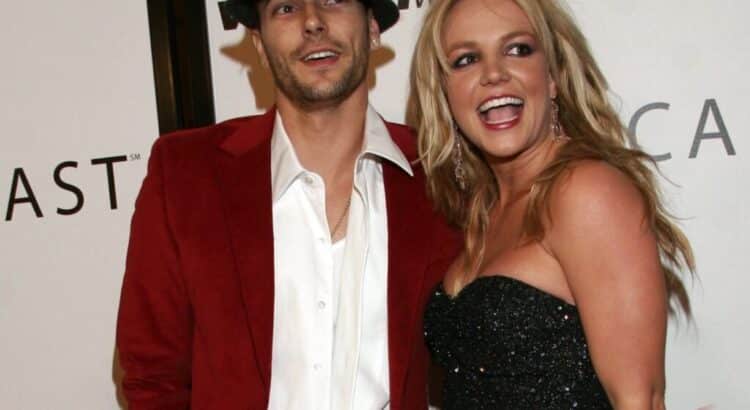 Kevin Federline has taken the feud with his famous ex-wife to a new, personal and very unfortunate place.

As you’ve likely read about previously, Federline recently told The Daily Mail that the two sons he shares with Britney Spears — Sean Preston, 16, and and Jayden James, 15 — don’t want anything to do with their mother.

“The boys have decided they are not seeing her right now. It’s been a few months since they’ve seen her, ”Federline claimed to this outlet, adding of Britney’s 2022 nuptials from her to Sam Asghari:

“They made the decision not to go to her wedding.”

Added Federline, laying the criticism on thick and referring to the singer’s social media use… which often involves selfie of Spears in her birthday suit:

“Look, maybe that’s just another way she tries to express herself.

“But that doesn’t take away from the fact of what it does to them. It’s tough.

“I can’t imagine how it feels to be a teenager having to go to high school.”

In response to this pointed message, bot Ashghari and Spears fired back this week at Federline.

“It saddens me to hear that my ex-husband has decided to discuss the relationship between me and my children…” she wrote on Instagram.

“As we all know, raising teenage boys is never easy for anyone. It concerns me the reason is based on my Instagram. It was LONG before Instagram.

“I gave them everything. Only one word: HURTFUL.”

Now? In the wake of Britney’s response? Federline has gone ahead and leaked a couple of years-old videos.

He uploaded private footage on his previously dormant Instagram page on Wednesday night, alleging he did so to stand up for Sean and Jayden.

“I cannot sit back and let my sons be accused in this way after what they’ve been through,” Federline wrote along with the clips.

“As much as it hurts us, we decided as a family to post these videos the boys took when they were 11 and 12. This isn’t even the worst of it. The lies have to stop. I hope our kids grow up to be better than this.”

In the first video posted by Federline, Spears can be heard arguing with her kids in the dark.

“This is my house. If I wanna come in here and give you lotion for your face cuz it is coarse, and all you tell me is, ‘It’s fine, it’s fine,’ no it’s not fine!” she yells in one scene.

“You better all start respecting me, are we clear?”

Prior to Federline making these videos public, Britney addressed her relationship with the teenagers.

“I know that teenagers are just hard to deal with… but COME ON.

“There’s being rude then there’s being HATEFUL. They would visit me, walk in the door, go straight to their room and lock the door!!!”

Under the terms of her conservatorship, from which Britney finally broke free in 2021, the artist could only spend a couple of days per week with her children.

She complained on Wednesday about how the boys scarcely interacted with her during these supervised visits.

“I don’t know what’s going on in their heads !!!” wrote Spears of her kids about her.

“I always TRIED and TRIED, and maybe that’s why they stopped coming here!!!

“I wanted them to love me so much that I might have overdone it!!!”

It was this statement that Federline felt a need to respond to last night, as he posted two more videos meant to depict Britney in a negative light.

“Have you lost your f***ing mind?” Britney says to the then-11-year old and then-12-year old in another piece of footage, filming why she was driving.

As the conversation progresses, it becomes apparent that one of the boys is upset because his phone has been taken away…seemingly as punishment for not wearing shoes outside.

“If you really cared you wouldn’t take my phone away,” he tells his mother.

One of these videos concludes with an angry Britney saying:

“You all need to start treating me like a woman with worth. I am a woman, okay? Be nice to me. Do you understand?

The superstar has not yet responded to the leaked footage, but told followers on Wednesday in the wake of Federline’s Daily Mail interview:

Reminder that the trauma and insults that come with fame and this business not only affect me but my children as well !!!

I’m only human and I’ve done my best.