After buying the Los Angeles Lakers, Dr. Jerry Buss made it his goal to turn them into Hollywood’s team, all based around a philosophy known to every basketball fan as “Showtime.” Antoine Fuqua’s new Hulu docuseries “Legacy” explores how Buss accomplished that goal and in doing so brought another part of Hollywood to the NBA: endless gossip.

“When you’re the team on top, everyone wants a piece of you,” Robert Horry, a six-time NBA champion who won three rings with the Lakers, told TheWrap. “And when you have a history of consistently winning, they always want a piece even when you’re not on top.”

Some attention is paid to the on-court success of the Lakers; but “Legacy,” which was made with the full support of the team and has its CEO Jeanie Buss as executive producer, is more interested in the drama that unfolded in the team’s locker room that for decades became fodder for the sports pages, ESPN talking heads and eventually social media.

Whether it was Magic Johnson’s ultimatum to Dr. Buss to chose between him and head coach Paul Westhead (he chose Magic, of course), Magic’s tearful revelation of his HIV diagnosis, or the turbulent yet fruitful relationship between Shaquille O’Neal and the late Kobe Bryant, “Legacy” retells the Lakers’ bumpy road to greatness through interviews with the execs, coaches and players that traveled it, weaving a narrative that serves as both a companion and team-endorsed corrective to HBO Max’s “Winning Time,” which got panned by Lakers legends like Jerry West for its dramatizations.

“There’s a lot of misinformation out there. There’s some TV shows that are…not correct,” Fuqua said. “To hear it from the people who actually lived it and ran the organization…people forget that these people are human beings who face a lot of pressure. We explore those things that you might not know that they were going through.”

But at its core, “Legacy” is a family drama, and its biggest focus is on how running the Lakers affected the personal relationships between Jerry Buss and his children. As Buss build the Lakers into a dynasty, Jeanie and her siblings Johnny, Jim and Janie were all given positions both within the Lakers as well as running niche teams like the indoor soccer team Los Angeles Lazers or the World Team Tennis franchise Los Angeles Strings. All four of Buss’ children talk in the series about how he was auditioning for his successor, and in doing so created a sense of competitiveness between them for their father’s attention. 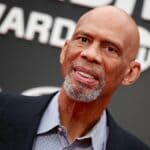 And when Buss died in 2013, it prompted a heavily publicized legal battle within the Buss family over control of the Lakers, a battle that Jeanie won in 2017 as she became controlling owner of the team while Jim lost his stake in the trust fund through which the Buss family holds ownership over 66% of the Lakers. The courtroom feud became so intense that at one point Jeanie Buss sought a restraining order against her brothers.

She told TheWrap that she was a little nervous about opening up on how the mix of family and business affected her, but she agreed with Fuqua that “Legacy” should be a series where that personal story was put front and center to help it stand out. from the countless other books and TV series recounting the Lakers’ history.

“It comes with the territory, but we both knew that if we were going to tell the story, it had to be the true story, and that meant doing a deep dive and letting everybody speak and tell their own truth,” Buss said. 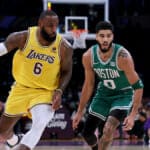 Even now, the off-court drama continues. Just two years after winning their 17th NBA championship, the Lakers were left watching the playoffs at home. thisweek, reports have surfaced about lengthy contract extension meetings between LeBron James and the Lakers brass as they try to figure out how to get the team back to its winning ways. Perhaps if LeBron leads the purple and gold to another Finals victory, Fuqua could interview him for a follow-up about what happened in that meeting.

But the intense interest and gossip around what’s going on behind the scenes shows just how successful Buss was in realizing his vision. Series like the Chicago Bulls’ “The Last Dance” and the New York Yankees’ “The Bronx is Burning” show how there’s always interest in the drama behind the dynasties. But the Lakers have become one of the very few sports teams in the world whose relevance is not tethered to their win-loss record. Whether they are in the Finals or the draft lottery, everyone wants to talk about them.

“You don’t see that with the Bulls. They did have a historic run, but the Lakers have won so much that they are always expected to be great,” said two-time Laker champion Norm Nixon. “And when they’re not doing great, people want to know what’s going on.”

“Legacy: The True Story of the LA Lakers” premieres on Hulu on August 15. Watch an interview with Jeanie Buss and Antoine Fuqua in the clip above.