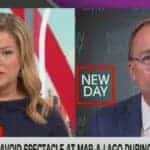 US Attorney General Merrick Garland says he “personally” approved seeking a warrant for the FBI’s raid on Donald Trump’s resort home, but did not specify the reasons behind it, nor did he say Thursday what was taken during the unprecedented early-morning raid.

Garland did say the DOJ has filed to have the warrant, and an inventory of seized items, unsealed by a federal court in Florida – a highly unusual move for Justice. Doing so puts the ball in Trump’s court; Garland said Trump, who had lawyers present at the raid, was given a copy of the warrant and a receipt of seized items, and has the right to release them.

The filing also opened the door for Trump to object to DOJ’s attempt to have the documents unsealed.

“In these circumstances involving a search of the residence of a former President, the government hereby requests that the Court unseal the Notice of Filing and its attachment … absent objection by former President Trump,” according to the motion.

Garland also defended the integrity of his investigators, but demurred on any further details, saying he was forbidden by law to say more.

“I will not stand by silently when their integrity is unfairly attacked,” Garland said. “The men and women of the FBI and the Justice Department are dedicated, patriotic public servants. Every day, they protect the American people from violent crime, terrorism and other threats to their safety while safely guarding our civil rights. They do so at great personal sacrifice and risk to themselves. I am honored to work alongside them.”

On Monday, Trump himself broke the news that his Mar-a-Lago estate in West Palm Beach, Florida, was being raided by FBI agents. Between then and Thursday’s announcement, the warrant upholding the raid had not been released, and neither its purpose (nor a list of seized items) had been officially enumerated.

The days-long info blackout led to rampant speculation about why the Department of Justice decided to set a politically charged precedent by raiding the residence of a former President. Rhetoric ratcheted up on both sides: Democrats wondered aloud whether Trump was finally on the brink of criminal charges for mishandling classified documents (or worse), while Republicans lamented the potential for planted evidence and “weaponization” of the DOJ — some going so far as to call for the abolition of the FBI.

On Thursday morning, a man with an assault rifle fired a nail gun into an FBI facility in Cincinnati, leading to a police chase on an Ohio interstate. That situation was still developing and it was not clear whether there was a motivational connection between the raid and the attack.

In his statement to the press, Garland said the department did not make such a decision to do the search lightly.

“Where possible it is standard practice to seek less intrusive means as an alternative to a search and to narrowly scope any search that is undertaken.” 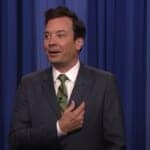 Josh Dickey contributed to this report.