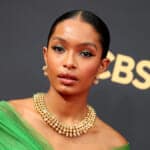 Quinta Brunson has signed an overall deal with Warner Bros. Television Group, which marks the Emmy-nominated “Abbott Elementary” creator, executive producer and star’s first such pact with any studio.

Under the exclusive multiyear agreement, she will create, develop and produce original programming for all platforms, including but not limited to Warner Bros. Discovery’s HBO Max, external streaming platforms, cable channels and the US broadcast networks.

In July, Brunson made history as the first Black woman to become a three-time Emmy nominee in the comedy categories, garnering nods for Outstanding Comedy Series, Lead Actress and Writing for “Abbott Elementary,” which notched a total of seven nominations.

As part of the pact, Brunson will continue to serve as an EP, writer and star of the breakout ABC sitcom, which is premiering its second season Sept. 21. She developed the acclaimed hit comedy at Warner Bros. Television, which produces the show in association with 20th Television.

“I’m excited to expand my long-running creative partnership with Warner Bros,” Brunson said in a statement. “With ‘Abbott’ as our anchor, I look forward to what we’ll create next.” 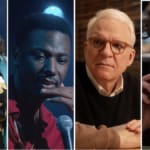 Warner Bros. Television Group Chairman Channing Dungey added, “Quinta Brunson is a tour de force and a powerhouse talent, and we are beyond thrilled to be continuing our partnership with her through this new overall deal. What Quinta and her Ella ‘Abbott Elementary’ team have achieved in the first season is just extraordinary. We cannot wait for season two, and to explore many future projects with her in the coming years. I’m so grateful that Quinta is part of our WBTV family, and I look forward to many more years of successful collaboration.”

The deal continues a relationship with Brunson and the studio that dates back to 2018, when she was cast in the WBTV pilot “The End of the World as We Know It” for The CW, from executive producer-writers Justin Halpern and Patrick Schumacker, who later reunited with Brunson for “Abbott.” She also recurred in the WBTV/DC drama “iZombie” for The CW. 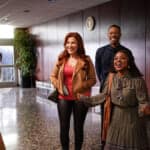