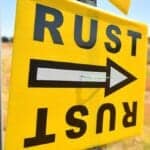 Nearly 10 months after the fatal shooting of cinematographer Halyna Hutchins on the set of the Alec Baldwin movie “Rust,” officials have taken a step forward in completing the investigation.

Santa Fe County authorities in New Mexico told media in a statement Thursday that the FBI has completed its forensics analysis of the bullet inside the gun that killed Hutchins, which should now allow law enforcement in New Mexico to summarize their investigation and determine whether criminal charges should be brought.

The FBI sent its findings to the Santa Fe County Sheriff’s Office on August 2, and on Wednesday, the New Mexico Office of the Medical Investigator completed its review of the case and turned the files over to the Sheriff.

However, law enforcement officials still need access to data from Baldwin’s cell phone, which was turned over to authorities in New York, and that results are “forthcoming.”

Ultimately, New Mexico First District Attorney Mary Carmack-Altwies will decide whether to bring criminal charges once the Sheriff’s investigation is complete. Though there’s still no official timeline as to when charges could be filed.

“The District Attorney’s office has been working with Suffolk County PD, and Baldwin’s lawyer to acquire the phone records,” Santa Fe County Sheriff Adan Mendoza said in Thursday’s statement. “Once Suffolk County PD completes its agency assist and sends those records to New Mexico law enforcement, our detectives will need to then thoroughly review those phone records for evidentiary purposes.” 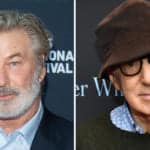 Baldwin was holding the gun that, on Oct. 21, discharged and killed the film’s cinematographer Hutchins while injuring director Joel Souza on the set of the Western film “Rust.” Baldwin had been told the gun was “cold” and did not have live ammunition, but the key question of the “Rust” investigation has involved how live rounds found their way into the weapon. In addition to Baldwin, the film’s armorer Hannah Gutierrez-Reed and assistant director Dave Halls have been of interest to Sheriff Mendoza in the case.

The fatal incident has sparked numerous civil lawsuits over the working conditions on the film, as well as larger industry calls for increased safety and firearm training.